The 76-year-old former president’s tax returns from 2013 to 2018 were obtained by the committee from the IRS last month after a years-long legal battle.

The motion approved by all 24 Democrats on the committee, and voted against by all 16 Republicans on the panel, will reportedly pave the way for the release of the returns to the entire House of Representatives.

It is unclear when the public will see details from Trump’s tax returns.

The committee said personal information will be redacted from the documents before they are more widely distributed.

In November, the Treasury Department said it had complied with lower court orders to hand the committee the tax returns after the Supreme Court denied Trump’s request for a temporary stay preventing lawmakers from obtaining the documents.

Rep. Richard Neal (D-Mass.), the chairman of the House Ways and Means Committee, has sought Trump’s tax records since 2016, when Trump became the first presidential candidate in four decades to refuse to voluntarily submit the documents to public scrutiny, citing an alleged audit.

House Democrats have been investigating whether the former commander-in-chief used the White House for personal enrichment, recently revealing that the Trump Organization made hundreds of thousands of dollars from stays at Trump-owned hotels by foreign leaders and the Secret Service.

The decision to make Trump’s tax returns public may have ramifications on the former president’s 2024 campaign, which he announced in November, becoming so far the only declared GOP presidential candidate.

“I’m the top salesperson…trust me, I don’t need sales training!” 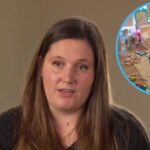