The “Foyle’s War” star was over two times the legal driving limit when she was pulled over around 7:20 p.m. on November 28 after a night out in Arundel, West Sussex — about 65 miles south of London, The Independent reported.

Weeks was invited to stay at a friend’s house for the night, but after fearing she would be coerced into having sex she opted to drive off, she told Worthing Magistrates’ Court.

An off-duty cop watched the actor back her Honda-CRV into a parked car and leave, but return almost immediately.

“The defendant drove off from the scene before returning 15 seconds later. The vehicle was stopped and the police officer realized the driver was drunk,” prosecutor Mathew Howell said Tuesday.

The officer stopped the car and took Weeks to a police station for a breathalyzer test after she was unable to take one on the road. She was found to be more than double the legal driving limit, Howell said.

Weeks, 43, pleaded guilty to driving under the influence, but said she only did so when she felt a man and his lover were going to pressure her into a Ménage à trois she wanted no part of.

“I was expecting to stay a night in a friend’s house in Arundel but the man in question invited his lover to the property and I was in danger of being coerced into sexual actions with them which I found extremely unwelcome,” she said, according to The Independent.

She told the magistrate that she needed her car to drive her son to school everyday, however she was ultimately banned from driving for 20 months and ordered to pay small fines.

Weeks additionally agreed to drunk driving courses, which, if completed, would knock 20 weeks off of her driving ban.

She told the court that she was no longer staying at a low security facility in Chichester, West Sussex for treating people suffering from drug and alcohol problems.

Weeks previously made headlines in 2016 after she suddenly vanished in West Sussex.

Her family alerted police an hour after she disappeared and said she had recently spoken about “feeling anxious” after seeking psychiatric treatment in the weeks before. She was found the next day.

In 2015, she was caught speeding in South West London with her young son in the back of her car who was not wearing a seatbelt. She had already been banned from driving at the time.

She was ordered to wear an electronic ankle tag and given a curfew for a month. 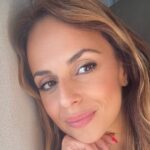 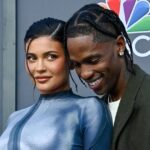 Couples Who Split This Year