“Sister who needed a momma,” the text read as Alana, 17, danced to the viral TikTok song “Pretty Boy Swag” by Soulja Boy. The clip then cut to Lauryn dancing with the text, “The sister that came in clutch and raised her.”

The pair even added a note in the caption, seemingly throwing even more shade toward their mother. “If you mad keep scrolling. Cause yep it’s about you,” they wrote. In less than one day of the video being uploaded, the clip gained more than 11 million views and 1 million likes.

A rep for Mama June did not immediately respond to In Touch‘s request for comment.

The Toddlers and Tiaras star began living with Lauryn, 22, and her husband Josh Efird in March 2019 after June, 43, was arrested on charges of possession of a controlled substance and drug paraphernalia. The TLC mom pleaded not guilty and was later charged with 100 hours of community service, drug testing and court supervision in August 2021. One year prior, June started her sobriety journey with ex Eugene “Deno” Doak, as the two entered the Banyan Treatment Facility in Florida in 2020.

“[Lauryn] is doing really, really good,” June told In Touch in March 2021. “Even though she didn’t have to step up [as a mother figure], she did, and you know, in our family … we’ve always stuck together.”

However, Alana wanted to remain under the same roof as her older sister, leading Lauryn to win sole custody of her younger sister three years later, according to court documents obtained by In Touch. The judge also ordered June to pay Lauryn $800 a month in child support on Alana’s behalf.

After changing their family dynamic, Lauryn and Alana have experienced a deteriorating relationship with their mother. June apologized to the Here Comes Honey Boo Boo star for “putting her through a lot” the day before her 17th birthday in August.

“I am very proud of [you] with everything … graduating high school which [is] a big deal,” she allegedly wrote via text obtained by TMZ. “I know I’m not perfect by no means but I’m trying my best. I know there is ALOT to be worked and work through, but I have confidence that [we] will.” 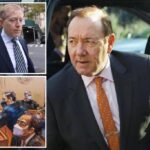 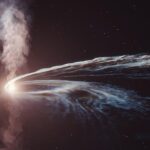 Black hole ‘burps’ up star years after eating it