A home-price slump taking place across popular housing markets in the Sun Belt and other regions could result in some relative bargains for shrewd homebuyers, according to market data released Monday.

The median home listing price has plunged by more than 10% in Austin, Texas, since June, according to an analysis conducted by Realtor.com. That marked the steepest decline of any city in the US over that period.

The plunge in home prices has coincided with a surge in mortgage rates, which have more than doubled this year as the Federal Reserve hikes interest rates in an effort to tame inflation. With demand cooling, home sellers have little choice but to slash their asking prices.

“Sellers are thinking, ‘Gee, this is painful,’” Paul Reddam, an Austin-based real estate agent with Homesville Realty Group, told Realtor.com. “We’re kind of seeing what we saw in 2001, when the dot-com bubble burst. We had a lot of people leaving at that time, and people didn’t want to sell because they were underwater.”

The median home list price in Austin, Texas was $558,275 in September, down 10.3% compared to its level in June. On an annual basis, prices are still 2.2% higher than they were one year ago – an indication of just how hot the housing market became during the pandemic-era boom in buying activity.

Phoenix, Ariz., ranked second among the markets with the steepest three-month declines in listing prices. The city’s median home list price declined 9.9% to $493,500 in September.

Realtor.com noted they are still up 14% at the national level compared to the same month one year.

“Home shoppers in these areas are probably excited to see these prices come down,” Realtor.com chief economist Danielle Hale said. “But to put it into context, it’s still above where it was last year.”

Still, home values are falling fast. As The Post reported last week, mortgage analytics firm Black Knight recently found that prices are plummeting at their sharpest rate since the Great Recession over the last two months.

Some of the sharpest declines have occurred in cities located in the Sun Belt, or the lower third of the US. Housing markets in the Sun Belt boomed during the COVID-19 pandemic as remote workers sought sunnier locales, but have struggled as economic conditions tighten.

The average 30-year fixed-rate mortgage was 6.66% as of last week, according to Freddie Mac. That marked an increase of 3.67% compared to the same one-week year ago.

Surging mortgage rates have created an affordability crisis for prospective homebuyers that were already contending with higher-than-normal home prices and decades-high inflation. 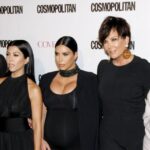 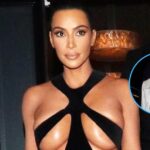