Not holding back. Hilarie Burton called Candace Cameron Bure a “bigot” over her comments about “traditional” marriages.

Hilarie, 40, took to Twitter on Monday, November 14, to respond to a Wall Street Journal interview in which Candace, 46, noted that the Great American Family network does not feature same-sex couples at the center of their projects.

“Bigot. I don’t remember Jesus liking hypocrites like Candy,” the One Tree Hill alum wrote in response to an article summarizing the interview. “But sure. Make your money, honey. You ride that prejudice wave all the way to the bank.”

Hilarie went on to call out the network’s CEO, Bill Abbott, who told the publication that he was “aware of the trends.” Bill previously worked as the CEO of the Hallmark Channel before he created the Great American Family network in June 2021.

“Now they’re just openly admitting their bigotry. I called this shit out years ago when Abbott was at Hallmark. Glad they dumped him,” the Total Request Live alum, who starred in several Hallmark movies over the years, wrote in a separate tweet. “Being LGBTQ isn’t a ‘trend,’ That guy and his network are disgusting. You too Candy. There is nothing untraditional about same-sex couples.”

Candance announced she was leaving the Hallmark channel in April after collaborating with the network for 10 years and working on 30 movies. She has since been exclusively working with Great American Family.

“I’m very excited to develop heartwarming family and faith-filled programming and make the kind of stories my family and I love to watch,” the former Full House star said in a statement at the time. “GAC fits my brand perfectly; we share a vision of creating compelling wholesome content.”

While speaking to the Wall Street Journal, Candace explained she decided to leave Hallmark because she “knew that the people behind Great American Family were Christians that love the Lord and wanted to promote faith programming and good family entertainment.”

The mother of three added, “My heart wants to tell stories that have more meaning and purpose and depth behind them.”

Meanwhile, Hilarie has been an outspoken critic of Hallmark’s stance on including same-sex marriages in their movies.

“Just going through some old emails from a #Hallmark job I was ‘let go’ from back in January,” she wrote via Twitter in December 2019. “I had insisted on a LGBTQ character, an interracial couple and diverse casting. I was polite, direct and professional. But after the execs gave their notes on the script and NONE of my requests were honored, I was told ‘take it or leave it.’”

“I left it. And the paycheck,” she said. “S—ty being penalized for standing up for inclusivity. I really wanted that job. It was close to my house. It paid really well. It was about the military, which you all know I hold dear. But? Id walk away again in a heartbeat.” 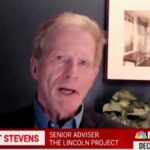 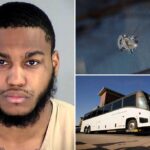