He must think he’s the Joker.

The man accused of slaughtering seven people at a Chicago-area July 4th parade last year spent the final hours of 2022 making a prank call to The Post, instead of reflecting on the monstrous mass shooting authorities say he committed.

He then delivered one the oldest jokes in the comedy book.

“You better go catch it!” he said, cackling in glee and hanging up.

The Post had attempted to schedule an interview with Crimo through the jail’s communication app in December. While a meeting was never arranged, he did pick up the phone weeks later and called the number on the reporter’s profile. When the reporter picked up the phone on Dec. 31, the inmate was identified by a pre-recorded voice message.

The sick joke dumbfounded survivor Liz Turnipseed, who was shot in her pelvis while attending the parade with her husband and 3-year-old daughter.

“He clearly doesn’t have any respect for life and people in any way shape or form,” said Turnipseed, who is suing Crimo in federal court.

“Whether that’s him making an unbelievable lame prank call to a reporter or committing a mass shooting, I think it just speaks to the terrible person that is,” the 41-year-old told The Post, noting that she now walks with a cane and suffers panic attacks in crowded public spaces.

As the Independence Day parade proceeded through Highland Park, revelers quickly realized that the series of loud pops that morning were not the festive sounds of firecrackers but the harrowing blasts of gunfire.

Crimo allegedly made his way to a rooftop, where he sprayed more than 80 rounds of bullets with a Smith & Wesson M&P 15 semi-automatic rifle into the crowd, killing seven and injuring 48.

The victims ranged in age from 8 to 80, and included an 8-year-old boy who was paralyzed from the waist down, and a 2-year-old boy found unharmed underneath his father’s corpse.

The suspect ditched the firearm and fled the scene, disguising himself with women’s clothing and driving to Wisconsin, authorities said.

Crimo confessed to police that he “seriously contemplated” shooting up another holiday celebration in Madison, Wis., but instead returned to Illinois where he was arrested, according to officials.

Crimo pleaded not guilty in August to more than 117 felony charges for murder, attempted murder and aggravated battery. 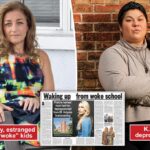 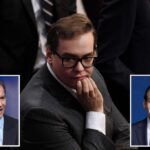