A high school football head coach in Alabama was caught on video shoving what is reported to be a volunteer assistant to the ground.

Dothan High School head coach Jed Kennedy was running along the sideline during a touchdown when the assistant was apparently flagged for sideline interference.

“Yes, we are aware of the video and are investigating,” Dothan City Superintendent Dr. Dennis Coe told WTVY. “The matter will be dealt with.”

This is Kennedy’s first season as the school’s head coach. He has 14 previous seasons of head coaching experience at five different schools where he was 115-47.

Kennedy also coached in Wisconsin where he made three state finals, winning one in 2011. 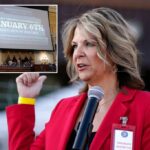 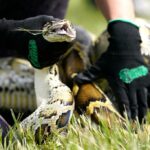