Walker is facing off against incumbent Democratic Sen. Raphael Warnock in a runoff election that will be decided on Dec. 6.

Some Republicans fear that Trump, who endorsed Walker early in his campaign, may hurt the former NFL running back by further injecting himself into the campaign, and believe that DeSantis or Virginia Gov. Glenn Youngkin (R) would be more helpful.

“I think that Youngkin or DeSantis is a better fit for soft Republicans or independents in the suburbs that we need to turn out,” Ralph Reed, president of the conservative Faith and Freedom Coalition, told CNN.

A person close to the Walker campaign also told CNN that DeSantis campaigning for Walker would be “a huge draw if we could get him,” pointing out that the Florida governor didn’t stump for Georgia Gov. Brian Kemp, who was opposed by Trump, despite the state being less than 20 miles from the Governor’s Mansion in Tallahassee.

Kemp, who defeated Democrat Stacey Abrams on Tuesday, has reportedly told allies that he wants to help Walker in any way possible before Dec. 6.

Trump allies told CNN that it would be much  harder to persuade Trump to stay out of the state if DeSantis were to campaign for Walker.

“Imagine [Trump] seeing Ron campaign for Herschel while he is being told, ‘Please stay away.’ He would go ballistic,” the Trump ally told the outlet.

Trump went on a social media tirade against DeSantis on Thursday, saying that DeSantis should not run in 2024 and blasting him as an “average REPUBLICAN Governor with great Public Relations.”

Trump also lambasted Youngkin on Friday in a racially insensitive attack, where he said that the governor’s name “sounds Chinese.”

With the GOP’s hopes for Senate control increasingly looking like they will hinge on the result in Georgia, party strategists fear that Trump getting involved in the runoff race will drive Republican voters away from the polls.

“Hopefully Trump will stay out of the race as much as he possibly can,” a Republican aide told the Hill.

A compromise that is being discussed in Trumpworld, according to CNN, is having the 45th president write a generous check to help Walker’s campaign. Trump’s MAGA Inc. super PAC is sitting on a war chest of more than $100 million, and it gave GOP candidates $16.4 million as the 2022 cycle wrapped up.

“He is looking at how he can salvage this moment and one of the ways for him to do that is to help Walker win,” a Trump adviser told CNN, referring to the stinging Election Day defeats several Trump-backed candidates endured that have reportedly left Trump in a “bad mood.” 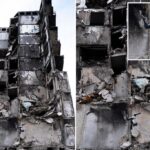 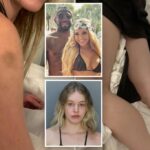