A father died after accidentally driving his car into a Michigan lake – but in his final moments as the car sank he’s believed to have popped open the car’s hatch, allowing his young daughters to swim to safety, police said.

Investigators believe Dowler’s car ended up in the water after he got lost driving on a dark road in south Park Township that descends to the lake, the report said.

“He was trying to break his windows to get out. It looks like he possibly popped” the hatch release to let his girls out, Westveer said. The hatch was found open when the submerged car was recovered.

The girls reached the shore around 2 a.m. soaking wet. Police said they looked around the neighborhood for help, but with many of the lake homes empty for the winter they were forced to huddle together on a porch until daylight.

The sisters knocked on the front door of a home about 200 yards from the shore around 9 a.m.. They were still wearing their drenched clothes and had lost their shoes.

Weather data from the National Oceanic and Atmospheric Administration show that it was 31 degrees Sunday morning.

Police said they have spoken to the traumatized girls but it remains unclear where they were going or where they were coming from. The family is from Otsego, about a 40-mile drive southeast of Park Township.

“We’re still trying to talk to the girls. It sounds like they were lost and disoriented. They were trying to get home,” Westveer said, adding that “it appears to be a pure accident.” 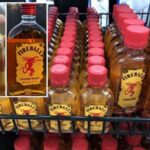 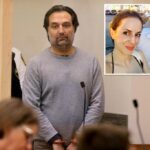