Interior Minister Denys Monastyrskyi, his deputy Yevhen Yenin and State Secretary of the Ministry of Internal Affairs Yurii Lubkovych were among those killed, according to Ihor Klymenko, chief of Ukraine’s National Police.

Nine of those killed were aboard the emergency services helicopter that crashed in Brovary, an eastern suburb of the Ukrainian capital, Klymenko said.

There was no immediate word on whether the crash was an accident or a result of the almost 11-month war with Russia.

A total of 22 people were injured, including 10 children. Earlier, officials and media reports said the helicopter crashed near a kindergarten. 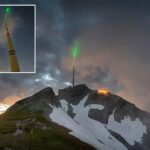 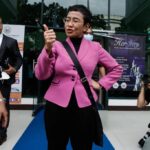