At least four people are dead after two helicopters collided on Australia’s Gold Coast near a SeaWorld theme park late Sunday night, according to reports.

Queensland Police confirmed the crash via Twitter, but did not provide details.

“Seaworld Drive in Main Beach has been closed off due to a helicopter crash. Motorists and pedestrians are urged to avoid the area,” the agency said in its tweet.

The Queensland Ambulance Service said 13 patients were being assessed and six were taken to area hospitals, according to 9News Australia.

Police confirmed to the outlet that one of the helicopters was able to land successfully after the aircraft “came into contact with each other.”

Pictures and video from the scene show wreckage covering a sand island close to the coast. Numerous emergency personnel were seen on the sand island assisting with the incident.

It’s unclear what led to the crash.

The Gold Coast region is at its busiest in January, the peak time for holidays in Australia’s summer. 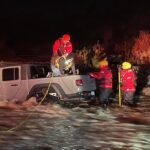 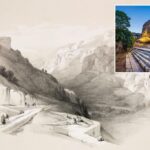