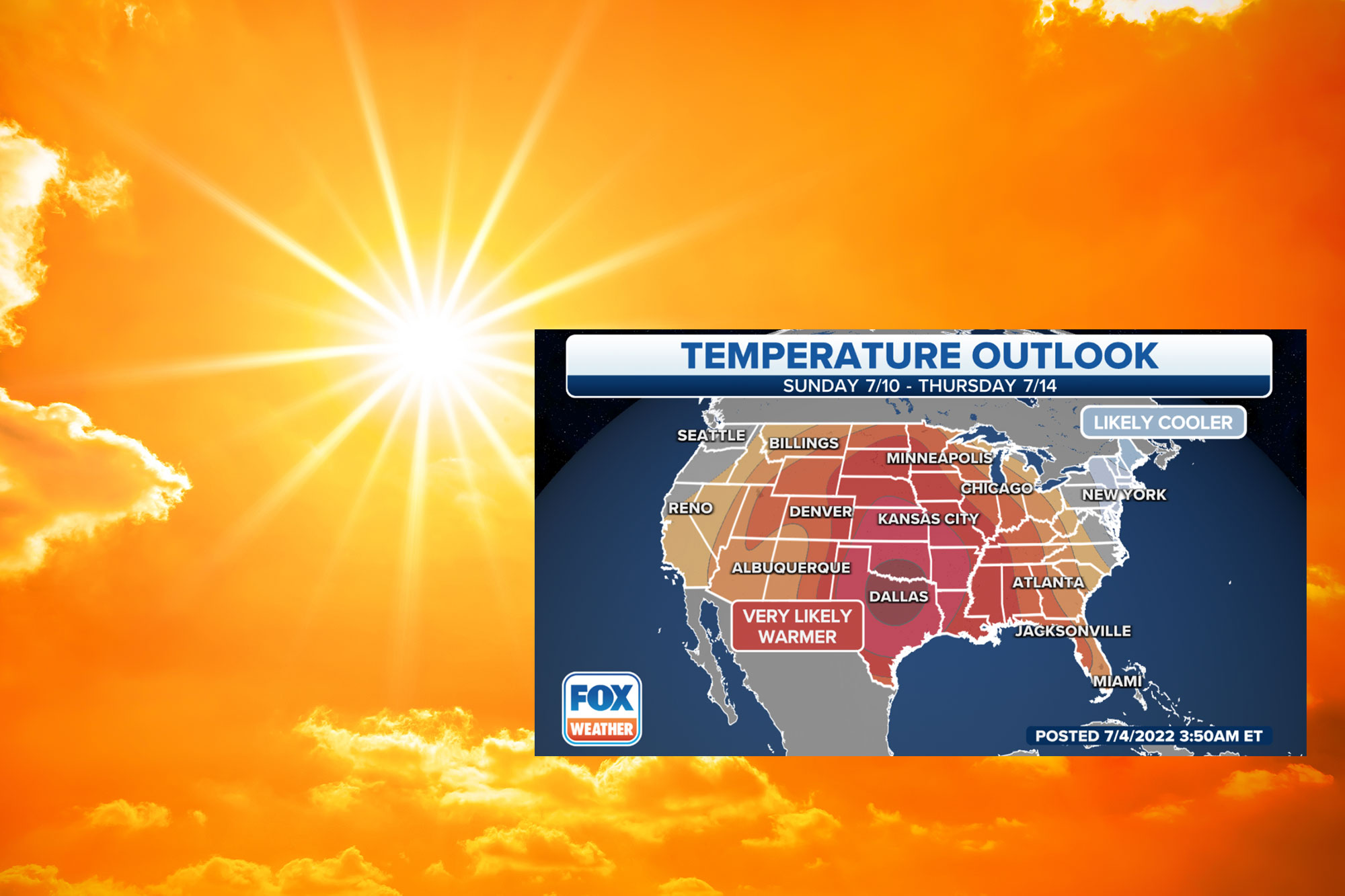 A dangerous heat wave will build across the Plains and Midwest in the week ahead as a dome of high pressure remains parked over the central U.S.

Some 30 million Americans from South Dakota, Iowa and Illinois southward into Texas, Louisiana and Mississippi have been placed under Heat Advisories by the National Weather Service on Independence Day.

Highs in the upper 90s to lower 100s are forecast for much of this week across parts of the Central and Southern Plains, mid-Mississippi Valley and mid-South.

Combine the excessive heat with high humidity, and the heat index will be closer to a dangerous 105 to 110 degrees during the hottest part of the day in the mid- to late afternoon.

There could be a few record highs tied or broken each day, but since we’re now in the hottest month for much of the nation, the records are harder to beat since they tend to be some of the highest records of the year.

Making matters worse, morning low temperatures will remain in the mid-70s to near 80 degrees in many areas this week, providing little relief from the heat overnight.

The latest 6- to 10-day outlook from NOAA’s Climate Prediction Center shows the highest likelihood of above-average temperatures will remain over the central states into next week.