Josh Duggar, who was sentenced to 12.5 years in prison on child pornography charges on May 25, is the father of seven young kids. His wife, Anna Duggar (née Keller), gave birth to baby No. 7 in October 2021. To learn more about their family, keep reading.

When did Josh and Anna Duggar get married?

The TLC personalities tied the knot in September 2008. However, they began courting two years prior after meeting at a homeschooling convention.

In April 2021, Anna took to Instagram to reveal she and Josh were expecting their seventh child. “It’s a GIRL!!!!! We are overjoyed to announce baby seven is on the way and we can’t wait to hold her in our arms this fall!” the 19 Kids and Counting alum captioned a gender reveal video. Anna also added the hashtags “little Duggars” and “baby seven.”

Several members of the reality TV family shared their congratulations in the comments, including Jana Duggar, Joy Duggar, Jessa Duggar and John and Abbie Duggar.

In February 2022, Anna broke her silence on her husband’s conviction. “There is more to the story,” she shared in an Instagram post on February 3, directing followers to the link in her bio.

The link took readers to Josh’s motion for acquittal or a new trial. In the paperwork obtained by In Touch, Josh’s attorneys argued that the prosecution failed to present evidence that Duggar “knew that the visual depictions were of a minor engaging in sexually explicit conduct.”

Aside from Anna, the entire Duggar family released a statement following Josh’s court hearing on April 30, 2021, where he pleaded not guilty.

The former reality star’s legal team has since requested to push back his impending trial to 2022, but the judge opted to extend the time to only four months later. Josh’s trial began on November 30, and he was found guilty of two charges of receiving and possessing child sexual abuse material on December 9, In Touch confirmed. After his guilty verdict, Josh told his wife he “loves” her.

“We appreciate your continued prayers for our family at this time. The accusations brought against Joshua today are very serious. It is our prayer that the truth, no matter what it is, will come to light and that this will all be resolved in a timely manner,” Jim Bob and Michelle Duggar shared on their family’s website. “We love Josh and Anna and continue to pray for their family.”

Josh’s sister Jinger Duggar and her husband, Jeremy Vuolo, also released a statement of their own. “We want to make it clear that we absolutely condemn any form of child abuse and fully support the authorities and judicial process in their pursuit of justice,” the couple wrote via Instagram.

Josh, who was charged with two counts of receiving and possessing child pornography, faced “up to 20 years of imprisonment and fines up to $250,000.00 on each count,” according to a United States Attorney’s Office press release obtained by In Touch, and was ultimately sentenced to 151 months – roughly 12.5 years – in prison on May 25, 2022. However, his release date was later changed to August 12, 2032, which is slightly more than 10 years, In Touch confirmed in July.

Where Does Anna Live With Their Kids?

While she and her kids are currently based in Arkansas, Anna is considering a move south to be closer to Josh as he serves time at Federal Correctional Institute (FCI) in Seagoville, Texas.

However, In Touch exclusively reported that Josh believes Anna will be “influenced to leave him” if she moves away from their home. “The problem is that Josh doesn’t want Anna and their kids moving away from his family,” the source revealed. “He thinks it will create too much of a disconnection for her and his kids.”

The disgraced reality star “can’t raise his kids from prison and he’s afraid of outside influences,” said the insider.

“He doesn’t want anyone but Anna and his immediate family to guide his children,” the source added. “He also fears that if Anna is distanced from his family, she might be influenced to leave him.” 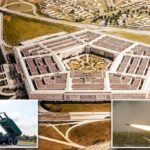 US sending Ukraine another $275M in weapons, satellite comms 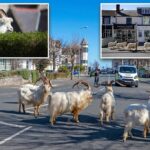