Actress Hayden Panettiere is speaking out about the “heartbreaking” moment she relinquished custody of her young daughter, Kaya, to ex-fiancé Vladimir Klitschko. Their little girl ended up moving with him back to the MMA star’s native Ukraine. Keep reading for details on Hayden’s child custody situation and where it stands today.

When Was Hayden Panettiere’s Daughter Born?

The actress gave birth Kaya Evdokia Klitschko on December 10, 2014. It came a little more than a year after her October 2013 engagement to Vladimir. The pair split in 2018.

How Did Vladimir Klitschko Get Custody of His Daughter With Hayden Panettiere?

Hayden suffered from postpartum depression following by a battle with substance abuse. She revealed in a September 27 preview clip from her Red Table Talk appearance, which aired the following day, how she relinquished full custody of Kaya to her ex.

“At first, it was not because it wasn’t a discussion. If [Vladimir] had come to me and said I think because of where you’re at right now and your struggles that you’re having it would be good for her to be over here with me for a while — which if I had probably had enough of a conversation I would’ve said, ‘OK that makes sense, I get it, I’ll come there to visit and stuff like that,’” she began.

“Because of the way that it was done, it was very upsetting. I mean, it was the worst signing those papers, the most heartbreaking thing I’ve ever, ever had to do in my life,” Hayden continued, adding that the papers were to give Vladimir “full custody” of Kaya. The little girl then went to live in Ukraine with her dad.

“I was gonna go work on myself, I was gonna get better, and when I got better, then things would change and she could come to me and I could have my time with her, but that didn’t happen,” the Heroes alum explained.

Does Hayden Panettiere Regret Giving Away Custody of Her Daughter?

“It was the hardest thing I could do,” the former Nashville star told People in July. “But the best thing for my daughter was to make sure she was okay, take care of myself and make sure I could be a good mom to her. And sometimes that means letting go.”

Does Hayden Panettiere Currently Have Custody of Her Daughter Kaya?

While Vladimir still has custody of the now seven-year-old, who remains abroad, Hayden has been able to see Kaya and spend time with her. “She has a beautiful life,” the actress told the publication, adding, “I was just with her. She’s just an amazing child. She’s smart and she’s funny and for whatever reason, she still loves me.” 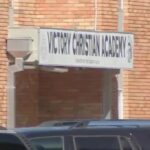