Five years after bombshell reports of sexual misconduct ended his career and propelled the #MeToo movement, Harvey Weinstein will stand trial in Los Angeles Monday on a slew of sex-crimes charges.

His second trial is set to test the endurance of the #MeToo movement: the chances Weinstein, 70, might win an appeal for his New York conviction are increasing, and if the LA jury fails to convict, he could soon be a free man.

“It is disturbing and shocking that Harvey was allowed to continue his New York appeal, and so we – survivors, supporters – are paying very, very close attention to the Los Angeles trial,” one of his accusers, Caitlin Dulany, said in a recent interview with The New York Times.

“If it goes the wrong way, it will be a step backwards. I think it will make it harder for women to come forward in the future.”

Jury selection will begin Monday in the trial expected to last two months. The charges stem from alleged incidents between 2004 and 2013.

Despite the high stakes, the courtroom scene is expected to be quieter than at Weinstein’s first trial in Manhattan, with only a dozen reporters allowed to sit in the gallery.

“Mr. Weinstein’s notoriety and his place in our culture at the center of the firestorm which is the #MeToo movement is real, and we’re trying to do everything we can to avoid having a trial when there will be a swirl of adverse publicity toward him,” his lawyer Mark Workman said a pre-trial hearing.

The disgraced producer has been in poor health as of late, appearing unkempt and with bags under his eyes in a courtroom at the Clara Shortridge Foltz Criminal Justice Center, where the proceedings will take place. He has been jailed at LA’s Twin Towers Correctional Facility while awaiting trial.

“I’m in pain every day. I have cavities and I can’t eat because I’m missing teeth,” he recently told the court.

He was acquitted on two charges of predatory sexual assault related to allegations he raped actress Annabella Sciorra in the mid-1990s. 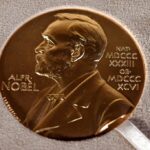 3 US-based economists given Nobel Prize for work on banks 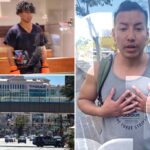