The disgraced Hollywood mogul’s accusers will take to the stand and describe “unique things about his body” — including his testicles — as they recall how he allegedly sexually assaulted each of them, Deputy District Attorney Paul Thompson said in his opening statement at Los Angeles Superior Court.

“What I’m referring to is the result of a surgery that the defendant had in 1999,” Thompson told the jury as a 70-year-old Weinstein shook his head.

“Because of an infection, his testicles were actually taken from his scrotum and put into his inner thighs,” he continued.

“None of the Jane Does will describe his anatomy perfectly, but most of them will be able to describe these abnormalities that they observed during the assaults.”

He added that the surgery caused “pretty noticeable scarring,” which will be visible in photos shown in court as the trial unfolds.

Weinstein — who is already serving a 23-year sentence for rape and sexual assault in New York — is now on trial for allegedly sexually assaulting four women in Los Angeles between 2004 and 2013.

“Each of these women came forward independently of each other … and they will tell you that the defendant assaulted them,” Thompson said.

“After the defendant assaulted the women, they felt emotionally devastated. They feared that he could destroy their careers if they reported what he had done to them.”

Thompson also played a video slideshow, which flashed up photos of his accusers with quotes from prior testimonials that were read out to the jury — including “I’m shaking and kind of being dragged into the bedroom” and “he put his penis in me but he wasn’t erect.”

Other descriptions included: “He undressed me and I was fondling my breasts. … and then came on my face” and “I was shocked. I was terrified. I kept saying, ‘No! No!”

Weinstein’s four accusers to testify in the case are expected to be identified only as Jane Does, however, California Gov. Gavin Newsom’s wife, Jennifer Siebel Newsom, is among the accusers and has previously been identified as Jane Doe 4.

“Seventeen years ago, when she met the defendant in 2005, she was a powerless actor trying to make her way in Hollywood,” Thompson said, without specifically naming Newsom.

Weinstein allegedly raped her in a West Hollywood hotel room after she was lured there under the pretenses of a business meeting, Thompson said.

Weinstein, who was dressed in a black suit, white button-down shirt and blue tie, did not react and stared blankly at the jury as the prosecutor detailed some of the allegations leveled against him.

Four other women, separate to the Jane Doe accusers, will also testify at trial Weinstein sexually assaulted them, but their allegations did not lead to criminal charges.

In his opening statements, Weinstein’s lawyer Paul Werksman told how before the MeToo movement it was commonplace in Hollywood for women to trade sex for career advancement.

He said: “Hollywood … was an entirely different place. In Hollywood, sex was a commodity. That’s the way things were done.”

Werksman even raise a slight chuckle from his client as he told the jury: “Look at him! He’s not Brad Pitt or George Clooney.”

He also made a dig at Siebel Newsom, saying: “Today she is the wife of Gov.Newsom. She’s the First Partner of California … she’s made herself a prominent victim … but she’s just another bimbo who slept with Harvey Weinstein.”

The former movie mogul has denied any non-consensual sex and has pleaded not guilty to the charges. 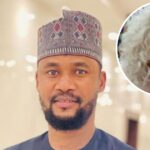 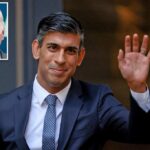