Singer Harry Styles appeared to endorse Democrat Beto O’Rourke for Texas governor during a concert at Moody Center in Austin.

During the show on Sunday, Styles flashed a “Beto for Texas” sticker on his guitar that the audience was able to see in a close-up on the big screen. Cameras then showed O’Rourke in the crowd clapping with fans of the pop star.

O’Rourke was later seen walking around the arena greeting fans.

The crowd erupted in applause for Styles’ apparent endorsement of the Texas Democrat, who is running to unseat incumbent Republican Gov. Greg Abbott in November.

O’Rourke, a former member of the U.S. House of Representatives, failed to defeat Texas Republican Ted Cruz in 2018 in a race for the senator’s seat in the upper chamber of Congress. O’Rourke also ran for president in the 2020 election cycle but dropped out in November 2019 over a lack of traction and financial issues. He later endorsed President Biden.

As for Styles, the singer has already been involved in politics this year, joining an initiative in September to help people register to vote ahead of November’s election.

Styles, who is left-leaning politically, endorsed Biden in the 2020 presidential election.

Abbott holds an eight-point lead over O’Rourke, according to RealClearPolitics’ average. A Texas Hispanic Policy Foundation poll released Sunday found the incumbent had a seven-point advantage.

The two candidates exchanged blows in a debate last week, attacking each other on hot-button issues like immigration and abortion. 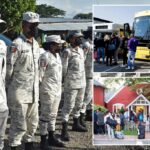 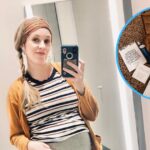