The nickname game has become a royal pain.

Prince Harry and Meghan Markle — the Duke and Duchess of Sussex who once bore the title of His and Her Royal Highnesses — are being mercilessly teased over the doting names they gave each other, “H” and “M.”

UK lawyer and broadcaster Andrew Eborn was among those astonished at the lovey-dovey nicknames unveiled during the latest Netflix documentary episodes — joking on GB News Thursday, “There were a number of revelations in this — not least of which is that Harry’s really called H.”

The one-letter tags aren’t exactly new: Meghan used it at least as far back as 2019 when she also first complained about people not checking in on her wellbeing.

“I’ve said for a long time to H — that’s what I call him,” Meghan said at one point during an interview for “Harry & Meghan: An African Journey.”

Meghan’s mom, Doria Ragland, also refers to the prince as “H” during interviews with the new Netflix docu-series.

The nickname has stuck around longer than the one Markle’s pal used when telling her the then-royal  “Prince Haz” wanted to meet her — to which the duchess claimed she replied: “Who’s that?”

The Haz tag was still a thing in February 2021, when Meghan FaceTimed Harry during his appearance on “The Late Late Show with James Corden” to ask: “Haz, how’s your tour of L.A. going?”

“Haz? I didn’t know we were calling you Haz now,” Corden joked, with Prince Harry replying: “Well, you’re not my wife.”

In that same episode, Harry revealed Meghan was listed as “M” on his contacts when the late-night TV host grabbed his phone and asked: “How do I find the duchess?”

“H” and “M” were the main way the pair referred to one another during the nearly six hours of their Netflix docu-series — panned as “the biggest ick” and making them the target of endless ridicule, even from supporters.

“Big fans of Harry and Meghan escaping to California with their family tbh but the fact that they call each other H and M is unforgivable,” broadcaster Emma Jones previously quipped of the series. 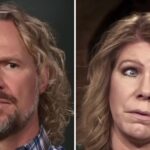 Why Did Kody Brown and Meri Brown Split?