The family of the woman whom “Serial” podcast subject Adnan Syed was convicted of killing is appealing a Maryland judge’s ruling from last week freeing him from prison.

The attorney previously claimed the family wasn’t included in the decision-making process to free Syed, nor were they given sufficient opportunity to oppose the ruling. In fact, they filed a motion to postpone the hearing, but the judge denied the request, Kelly said.

Lee’s brother Young Lee filed the notice of appeal Wednesday “based on violations of his family’s right to meaningfully participate” in the hearing on the motion to vacate Syed’s conviction, Kelly told the Sun in a statement.

“The notice of appeal is the first step in seeking the Maryland Court of Special Appeals’ review of the potential violations of Maryland’s victim’s rights statutes in connection with the hearing.”

The now-41-year-old Syed was found guilty in the 1999 strangling of ex-girlfriend Lee, 18 — but his case came into the national spotlight in 2014 after the release of Sarah Koenig’s podcast raising questions about whether he received a fair trial.

Syed — who was arrested at 17 and has spent more than two decades behind bars — has maintained his innocence from the beginning.

In vacating his conviction, Phinn found that prosecutors had failed to share evidence with Syed’s lawyers that could have aided his defense.

The Baltimore City State’s Attorney’s Office and Syed’s defense attorney carried out a year-long investigation that found new evidence, including that there were two additional suspects in Lee’s murder whom prosecutors knew about and hadn’t ruled out.

One of the suspects even told Lee “he would make her disappear” but that information was never disclosed to Syed’s defense attorney, prosecutors said.

“The state no longer has confidence in the integrity of the conviction,” they said earlier this month.

Syed was released to home confinement with GPS monitoring while the state mulls whether to retry the case or dismiss the charges completely — a decision which it has 30 days to make. 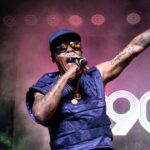 How Much Money the Late Rapper Made 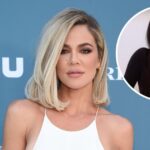 Khloe Kardashian Reacts to Concern Over Being ‘Very Skinny’