The family of Hae Min Lee are requesting to see the evidence which led to Adnan Syed’s conviciton for her 1999 murder being overturned.

“If the wrong person has been behind bars for 23 years, the Lee family and the rest of the world want to understand what new evidence has led to that conclusion,” lawyer Steve Kelly, who represents Lee family, told The Post.

“If Mr. Syed has been wrongfully convicted of Hae Min Lee’s murder, the state of Maryland would need to take responsibility for that extraordinary miscarriage of justice and do everything possible to bring the actual killer to justice.

“The Lee family deserves at least that much.”

Lee’s ex-boyfriend Syed — subject of viral podcast ‘Serial’ — was released after 23 years in September when a judge ruled the state had failed to share evidence with his attorneys which could have helped his defense.

Prosecutors have 30 days from Syed’s release to decide if they want to re-try him or drop the charges altogether.

The Lee family filed a motion on Wednesday with the Maryland Court of Special Appeals seeking a stay on those proceedings while they try to obtain more answers from prosecutors.

Prosecutors did not say Syed, now 41, was innocent, but officials with Baltimore City State’s Attorney Marilyn Mosby’s Office said “the State no longer has confidence in the integrity of the conviction” after a year-long investigation revealed original prosecutors on the case suppressed evidence about two alternative suspects who may have been the killer.

Lee was 18-years old and a senior at Woodlawn High School in Baltimore when she disappeared on Jan. 13, 1999. Her body was found in a shallow grave at Leakin Park weeks later.

An autopsy revealed Lee had been strangled. She also had blunt force injuries on her back and he right side of her head.

Prosecutors argued Syed, who was 17-years old at the time, killed Lee after she broke up with him. Syed has maintained he is innocence.

Syed’s case drew world-wide attention after Serial focused its attention on the case. The Lee family declined to be interviewed for the podcast.

The two other suspects — who have not been named — were known to investigators on the case and both have criminal records. One was convicted of attacking a woman, the other was convicted of rape and sexual assault.

Kelly said no one from the State’s Attorney Office has reached out to the Lee family since the day of Syed’s release.

“The Lee family is not seeking, through this motion or through the appeal, to impact Mr. Syed’s release from custody,” the attorney clarified.

“They are not requesting him to go back to jail or change anything about his status, but they want to have a new hearing in which they will have a real opportunity to be heard. They want to know what evidence prosecutors actually have. If there is an alternative suspect … what is the evidence?”

Upon his release Syed was ordered to stay on home detention with a GPS monitor while prosecutors decide if they will seek a new trial or drop the case.

Zy Richardson, a spokesperson for the Baltimore City State’s Attorney Office, told The Post: “As administrators of the criminal justice system, our responsibility is to ensure that justice is done, meaning that the correct person or persons are held accountable for crimes in our city and we will continue to utilize all available resources to prosecute those responsible for the death of Hae Min Lee.” 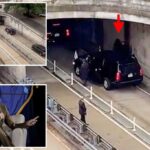 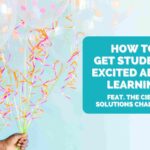 How To Get Students Excited About Learning