According to the arrest affidavit, Brian Walshe, a convicted fraudster busted in 2018 for selling bogus Andy Warhol paintings, told police that his wife left on a “‘work emergency’” early on the morning of the 1st.

There is no record of Ana taking an Uber, Lyft, or taxi to the airport, as was her usual practice during work travel.

Brian then claimed that he left the family’s home that afternoon to visit his mother, who lives an hour away in Swampscott.

“At the time, Walshe did not have his cell phone so he did not use a GPS,” authorities stated. He apparently said that one of his sons must have absconded with the device sometime during the New Year’s festivities.

“Walshe related he drove to his mother’s house via the route leading by Derby Street in Hingham, Route 3 north, Route 93 through Boston, and instead of taking Route 1A, he got lost and took Route 1 and then maybe Route 114,” the document continued.

“Walshe related the commute should have taken 60-70 minutes but ended up taking about 90 minutes.”

Brian told police he helped his mother run errands at CVS and Whole Foods before returning to the Cohasset home around 8 p.m. Surveillance footage, however, does not place him at the pharmacy or the grocery store during the times he claimed to have visited.

Brian later said that he found his cell phone under his pillow on Jan. 2, when he also violated parole by visiting a Home Depot in a town he is not permitted to travel to.
Now, investigators say that Walshe deliberately wasted their time by not answering truthfully when asked about his whereabouts on the day of Ana’s disappearance.

“The fact that he was asked a specific question and he gave an untruthful answer that led investigators out of the area caused a clear delay in the search for the missing person,” the affidavit reads.

Ana Walshe previously gushed about her husband in a letter to a judge last summer, heaping him with praise for helping her mother after she suffered a brain aneurysm in Dec. 2021.

“Not only did he save her life, but he also brought her and the entire family comfort and joy during the course of her illness,” Ana wrote of her husband’s time in home confinement.

“Brian has been working consistently on breaking the past bad habits of his family and we are all looking forward to the new chapter of his life,” she continued.

A week before her disappearance, however, Ana seemed to have a change of heart and begged her mother, who now lives in Serbia, to come to visit.

“Which means, that clearly, there must have been some problems.”

As of Tuesday morning, no sign of Ana has been found. 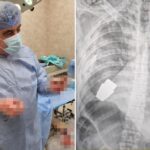 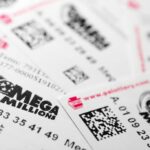 What to know if you win