A Texas elementary school came close to tragedy Thursday — after a student brought a gun to the campus and it “accidentally” discharged, school officials said.

The shocking incident took place at around 7:15 a.m. — just before classes began — at John Carpenter Elementary School in the Oak Cliff community, according to Dallas Independent School District officials.

Fortunately, no children were struck but officials confirmed one student was hit by some debris and paramedics were called to the scene.

The student was later cleared for release to their parents.

Mother Brandy Fields told the station WFAA that her daughter, Abbey, who is in the fifth grade, heard from a friend that another student at the school was showing off a gun inside the cafeteria before it fired.

Officials have not revealed the age of the student who brought the gun.

According to a statement from the school district sent to the Oak Cliff Advocate, the child “will be disciplined according to the Student Code of Conduct,” but officials did not specify the punishment.

The Dallas Police Department is investigating the incident. 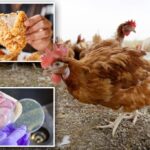 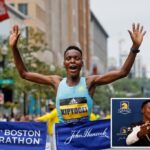