The grandfather of missing Georgia toddler Quinton Simon was killed in a hit-and-run crash Wednesday, according to local reports.

Henry “Bubba” Moss Sr. was fatally stuck after pulling off to the side when he got a flat tire on Highway 23 near Girard — about 80 miles northwest of Savannah, WSAV reported.

Moss had exited his car, and was walking back to it when he was hit by a driver who kept on going, according to the Burke County Sheriff’s Office

Moss Jr.’s 20-month-old son was presumed dead nearly a month ago after being reported missing. And last week, Moss Jr.’s mother died, according to the outlet.

Quinton disappeared from the home where he was living in Savannah just after 6 a.m. Oct. 5 and hasn’t been seen since. The FBI said they believe Quinton was placed in a dumpster that would have been emptied at the county’s waste management facility, which has been meticulously searched by authorities for weeks.

Quinton’s troubled mother, 24-year-old Leilani Simon — who admitted to drug use while pregnant — remains the prime suspect in her son’s disappearance, according to police, although she has not been arrested or charged.

The same day Moss Sr. was killed, Chatham County Police announced that it’s unlikely Quinton’s body will ever be found.

“After thousands of hours of investigating and gathering evidence, everything still points to Quinton being recovered in the landfill and his mother, Leilani Simon, as the primary suspect in his death and disappearance,” The Chatham County Police Department said in a statement on Twitter on Wednesday.

“We have spent two weeks digging through thousands of tons of garbage.. We knew going into this landfill search, the odds of recovering Quinton’s remains were low,” the department added, noting that landfill searches typically “do not end in recovery.”

Moss Jr. told The Daily Mail last month that Simon tried to blame him after Quinton disappeared, accusing him of abducting the child in the middle of the night despite him not being in the Savannah area for weeks.

He said he was stunned that Simon has not been arrested yet in Quinton’s case.

“She’s a terrible person and she’s going to jail, or hell. She’s evil. She shouldn’t be here out in society,” he told the outlet.

“If she didn’t want him, she could have told me. I would have come and got him,” Moss added. 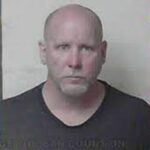 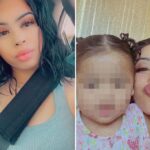