The legislation is part of an effort to combat fraudsters taking advantage of state emergencies — as such schemes have drained billions in taxpayer dollars since 2020.

“We are sending a clear message: New York has zero tolerance for fraud, especially in our most critical times of need,” Hochul said in a statement.

“These new laws will protect New Yorkers and incentivize them to report fraud and assist with recovery efforts while cracking down on bad actors and their deceitful attempts to turn a profit during emergencies.”

Both laws were passed in the statehouse in Albany early this summer with overwhelming majorities.

The first empowers the attorney general to sue fraudsters for up to three times the amount stolen or $15,000, “whichever is greater.”

The second allows individuals “to file civil lawsuits on behalf of the government to help recover defrauded money” and receive a portion of the funds, according to the legislation.

“As with other states of emergency like superstorm Sandy or after September 11th, the need to respond swiftly creates opportunities for perpetrators of fraud,” lawmakers wrote in the bill. “With New York combating a pandemic, government funds are limited, and in such dire circumstances, we must incentivize whistleblowers to come forward with information to assist the state recover funds and deter criminal dealings.”

“My office has taken significant action to stop scams, combat price gouging of essential goods, and recover millions of dollars for consumers who were misled,” she said. “This new law will strengthen our ability to go after those trying to take advantage of New Yorkers.”

State Senator Zellnor Myrie (D-Brooklyn) said he helped sponsor the legislation to discourage pandemic-related fraud, but also hoped that the legislation would prevent scams in emergencies to come.

“This new law is a clear statement to would-be fraudsters and scammers: if you take advantage of New York consumers during this difficult time, your cost of doing business is about to get much higher,” he said. “… Increasing penalties for these white-collar crimes will help deter them now and during future crises.”

“There was a good intent to get as much money out the door — but the problem was that it made the system even more susceptible to fraud, particularly with regard to identity theft,” he said in his report. 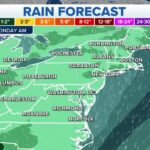 Soaking rains to drench the Southeast, Northeast in final days of 2022 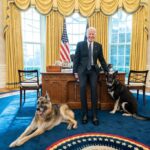