The Republican National Committee is suing Google for its allegedly biased diversion of emails into recipients’ spam folders — and says it has the receipts to prove it.

The lawsuit, filed Friday in a California federal court, claims that the party’s email analytics programs have documented a 10-month pattern of email suppression toward the end of each month, “historically when the RNC’s fundraising is most successful,” the suit complains.

“Enough is enough,” tweeted RNC chairwoman Ronna McDaniel. “The RNC has sued Google for their blatant bias against us.”

Since December, GOP emails to Gmail users who had opted into receiving them reached their in-boxes at a rate of 90% or better on most days of each month, the RNC alleged.

But repeatedly, for two or more days toward the end of each month, nearly 100% of the party’s emails were marked as spam, automatically routing them to an email folder that few users check.

“It doesn’t matter whether the email is about donating, voting, or community outreach,” the suit maintained, noting that electronic communication with supporters is a “crucial conduit” for the party.

“Google’s conduct has caused the RNC to lose its ability to communicate voting information and other political messaging to its supporters during the critical midterm elections,” the party charged, as well as potentially millions of dollars of donations. “This harm is irreparable and must be stopped.” 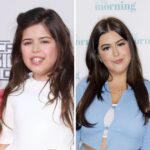 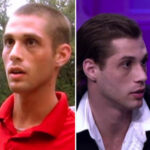