A House investigation into the origins of COVID-19 has concluded that the virus may have been part of a Chinese biological weapons research program when it was accidentally released from a laboratory in Wuhan.

The interim report, released on Wednesday by Republicans on the House Permanent Select Committee on Intelligence, conflicts with last year’s findings by the intelligence community which judged the virus was not developed as a biological weapon by the Chinese government.

“Based on our investigation involving a variety of public and non-public information, we conclude that there are indications that SARS-CoV-2 may have been tied to China’s biological weapons research program and spilled over to the human population during a lab-related incident at the Wuhan Institute of Virology (WIV),” the report states.

“The Committee has not seen any indications that the Chinese military intentionally released SARS-CoV-2,” it also notes.

The GOP report also ripped the intelligence community, alleging that it has withheld information from Congress and “downplayed” the possibility of COVID-19 being linked to Chinese bioweapons program.

“Our own IC has withheld relevant information from its oversight committee, the American public, and the world. The IC should provide the Committee with all of the requested documents as well as declassify the information referenced in the Committee’s classified report, which it can do without revealing sources and methods,” the report claims.

“The Committee has reason to believe that the IC downplayed the possibility that SARS-CoV2 was connected to China’s bioweapons program based in part on input from outside experts,” it adds.

“Americans are owed answers about the origins of COVID-19 and future health threats, and they deserve leaders in Washington who remain steadfast in finding the truth,” the statement reads.

“Today’s HPSCI report led by Rep. Wenstrup marks significant progress toward that objective. The findings identify more culpability from the Chinese Communist Party, highlight the failures of the Intelligence Community to share pertinent information with the American public and their authorized representatives, and give more credibility to the lab leak theory – which many government officials, Big Tech platforms, and media outlets were quick to label a ‘conspiracy theory,’” the press release continues.

“A Republican majority will continue this critical work across all committees of jurisdiction and we commit to finding the facts on a pandemic that negatively impacted millions of American families,” the Republican lawmakers add.

A Senate investigation conducted by Republicans on the Health, Education, Labor, and Pensions Committee concluded in October that the virus most likely leaked out of a Chinese laboratory and found a lack of evidence supporting the theory that COVID-19 was passed from animals to humans. That report also named the Wuhan Institute of Virology as the likely source of the virus. 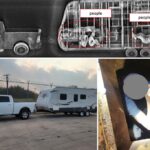 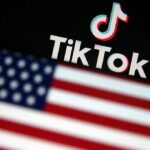