Sen. Marco Rubio (R-Fla.) and Rep. Chip Roy (R-Texas) argued in the 18-page document Monday that the White House’s “sustained assault fueled by woke virtue signaling” is “eroding our greatest source of security” in the world.

“Our military’s singular purpose is to ‘provide for the common defense’ of our nation. It cannot be turned into a left-wing social experiment,” Rubio and Roy wrote. “… It cannot be paralyzed by fear of offending the sensibilities of Ivy League faculty lounges or progressive pundits.”

The report was meant to lay the groundwork for the lawmakers’ forthcoming “Restoring Military Focus Act,” which would eliminate the Pentagon’s chief diversity officer position responsible for implementing diversity, equity and inclusion (DEI) initiatives in the DoD.

In a statement unveiling the report, Rubio said the military “parroting woke nonsense” was “dumb” and “dangerous.”

“Foreign adversaries like China and Russia loved the stand-down,” Rubio and Roy alleged. “Their view was simple: the stand-down sowed further divisions in the United States and allowed them to tell their people that America’s government is a failure.”

They also pointed to the December 2021 report by the Pentagon’s Countering Extremist Activity Working Group that found “cases of prohibited extremist activity among service members were rare.”

“In fact, in a force of more than 2.1 million active and reserve forces, there were only 100 cases,” the lawmakers wrote.

Despite the sparse number, Rubio and Roy noted, a July report by the Senate Armed Services Committee found the Pentagon spent more than 5.3 million personnel hours on the stand-down.

“The SASC report did not mince words on this un-American working group created by Secretary Austin: ‘Spending additional time and resources on extremism in the military is an inappropriate use of taxpayer funds, and should be discontinued by the [DoD] immediately.’”

Rubio and Roy, neither of whom serves on their chamber’s respective armed services committees, went on to call the Pentagon “completely insane” for hiring leaders such as Kelisa Wing, the self-described “woke” DEI chief at the DoD’s school system who drew criticism in September over several racially charged tweets.

“I’m so exhausted at these white folx in these [professional development] sessions this lady actually had the CAUdacity [Caucasian audacity] to say black people can be racist too,” Wing tweeted July 23, 2020.

“People cannot even enlist with Invisalign or braces until they are removed,” they said. “And yet, today’s woke military is now proudly promoting and celebrating sex reassignment procedures, which can have months-long recovery periods, with complete recovery taking ‘up to one year’ for some procedures.”

They also criticized the White House’s 2022 National Security Strategy for its emphasis on diversity in the military, alleging that the Biden administration believes “advancing their woke ideology is more important than keeping our soldiers safe.”

“In discussing how to ‘strengthen the effectiveness of the force,’ the first topic listed by the Biden Administration is ‘promoting diversity and inclusion,’” the lawmakers said. “That ranks above preventing suicide, reducing sexual assault and other forms of violence against and amongst our service members.”

“Our nation is at its best when everyone is able to bring his or her talents to bear on an objective without discrimination,” Rubio and Roy added. “But forcing our military to engage in DEI trainings encourages supporting and advancing people on criteria other than competence and ability to carry out a mission.”

Pentagon Maj. Charlie Dietz rebuked the lawmakers’ claims, telling the Post that supporting such initiatives boosts the military by “leveraging the strengths of all our people, advancing opportunity, addressing potential barriers or discrepancies and – fundamentally – ensuring people are treated with dignity and respect.”

“We always talk about weapons systems, yet every one of us will agree that our greatest weapons system are our people,” Dietz said. “So that’s why our policies to better leverage our people and increase unit cohesion are important here.” 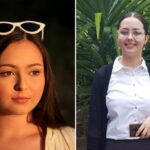 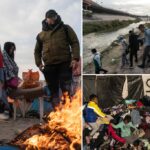