Lee Zeldin is not the only Republican giving Democrats agita in governor’s races this election season.

The Long Island congressman — who has narrowed what was once a 20-point gap with Democratic Gov. Hochul to a virtual tie in polls — is one of many GOP gubernatorial candidates across the country surging in the polls ahead of Nov. 8.

“When the not-super-engaged voters start to pay attention, that’s usually when you see things break,” said Sean Noble, a GOP consultant based in Arizona. “Unfortunately for Democrats, this year things are breaking for the Republicans.”

Twelve of this year’s 33 governor’s races, including New York’s, are rated as toss-ups by RealClearPolitics. Here are some of the closest – and most closely watched.

First-time candidate Lake, a brash former newscaster, is “energizing voters who don’t usually turn out for a midterm,” said pollster Richard Baris of Big Data Poll. A strong showing for Lake could doom the Democrats’ hopes of holding the US Senate. If she “wins by four points or more, Blake Masters probably will be pulled over with her,” defeating incumbent Dem Sen. Mark Kelly, Baris predicted.

“In Michigan, the COVID lockdown issue is still fresh in voters’ minds,” said Baris. Whitmer, who imposed some of the nation’s most extreme pandemic restrictions, falsely claimed in an Oct. 25 debate that Michigan kids were kept out of school for just three months. The comment drew huge backlash, boosting the challenger Dixon, who has made Whitmer’s COVID policy the centerpiece of her campaign.

The latest poll in Minnesota, where violent crime skyrocketed in the wake of the George Floyd riots of 2020, put Dr. Scott Jensen, a family physician and former GOP state senator, in a dead heat with Walz. “The trend is going Jensen’s way,” wrote John Hinderaker, a conservative pundit. “If Republicans can make it here, they can make it anywhere.”

Sisolak could be kicked out of office by the Latino voters who once supported him. “Republicans are going to get a very large share of the Hispanic vote,” Noble predicted. “They’re talking about the economy, which these voters really care about. And the Democrats are not.”

Border security and inflation have put Lujan Grisham at such risk that both President Biden and Vice President Harris are riding to the rescue with last-minute campaign appearances. Ronchetti “has got a really good shot,” said Noble, with the latest poll giving the challenger a one-point lead.

A three-candidate race could give Oregon its first Republican governor in 40 years. “Issues like crime and the antifa violence in Portland are driving support for Drazan,” said Baris. “The independent in that race is taking between 12 and 17%, so Drazan could win with 45% of the vote or even lower.”

The Keystone State’s gubernatorial race is “the one bright spot for Democrats,” said Baris, who polled Pennsylvania after Democrat John Fetterman flopped disastrously in this week’s debate with Mehmet Oz, his rival for the US Senate. “Oz’s numbers are growing,” Baris said. “But Doug Mastriano is running about 6 points behind Oz.” The senate race may have “a trickle-up effect” for Mastriano, Baris said – but perhaps not enough to beat well-funded Shapiro.

Unhappy voters blame Evers for the 2020 riots that burned Kenosha, racial tensions that fueled mass murder in Waukesha, and COVID lockdowns that ruined local businesses. “We’ve always had Evers in the low 40s,” Baris said of his polls of the state. “Incumbents don’t win at 42% a month and a half before the election.” 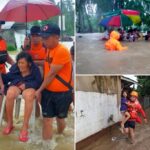 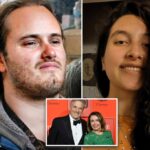