Republicans are calling on Attorney General Merrick Garland to appoint a special counsel to probe President Biden’s handling of classified materials after the discovery of at least two sets of sensitive documents belonging to the 80-year-old president.

“Special counsel,” Sen. Josh Hawley (R-Mo.) tweeted on Wednesday, in a terse and pointed message aimed at the Justice Department after it was revealed that another batch of classified documents was discovered by Biden aides.

Wednesday’s reports of more classified documents being found come on the heels of Monday’s revelation that 10 sensitive files from Biden’s time as vice president — some marked “top secret” — were retrieved by lawyers for the commander in chief on Nov. 2, 2022, from the Penn Biden Center for Diplomacy and Global Engagement think tank in Washington and turned over to the National Archives.

Hawley wrote to Garland on Wednesday, formally asking the DOJ to appoint a special counsel, noting that Biden appeared to have done “exactly what President Trump did.”

“The double standard here is astounding. The underlying behavior at issue — a President’s retention of old classified documents dating back to a past presidency — is materially the same in both cases,” Hawley wrote. “But in President Trump’s case, that retention triggered an unprecedented raid on the home of a former president, rationalized with a thicket of partisan doublespeak.”

“I look forward to Merrick Garland’s appointment of a special prosecutor to investigate and prosecute Joe Biden, just as he did with Trump. It’s only fair,” Hawley tweeted on Tuesday, before news broke of the second tranche of documents found.

Several lawmakers joined Hawley in calling for a special counsel to be appointed on Wednesday.

During a Fox News appearance on Wednesday, Sen. Lindsey Graham (R-S.C.) argued that the same standards being applied by the DOJ to former President Donald Trump’s handling of some 300 classified documents found at his Mar-a-Lago club and residence after his presidency should be applied to Biden.

“If there’s not a special counsel appointed to find out how this happened with President Biden, regarding classified information, there is going to be a lot of anger. It will hurt the country,” he continued.

“Garland, if you’re listening, if you thought it was necessary, attorney general, to appoint a special counsel regarding President Trump, then you need to do the exact same thing regarding President Biden when it comes to handling classified information,” the South Carolina Republican and Trump ally added.

In November, Garland tapped veteran prosecutor Jack Smith, a former federal prosecutor in Brooklyn and Nashville, to determine whether the 76-year-old former president will face federal charges in connection with his attempts to reverse the 2020 presidential election or his retention of the sensitive government documents in Palm Beach, Florida.

Garland’s announcement of Smith being appointed to lead the government’s investigations against Trump came three days after the former president announced his candidacy for the 2024 Republican presidential nomination.

On Tuesday, Biden told reporters in Mexico City that he was “surprised” to learn that records from the Obama White House had been found at his office in the Penn Biden Center.

“I don’t know what’s in the documents,” the president said. “My lawyers have not suggested I ask what documents they were. I’ve turned over the boxes, they’ve turned over the boxes to the [National ]Archives, and we’re cooperating fully, cooperating fully with the review, which I hope will be finished soon, and there’ll be more detail at that time.”

Chicago US Attorney John Lausch, a Trump appointee, reportedly has submitted a preliminary report on the documents to Garland and has briefed the attorney general several times on the matter. 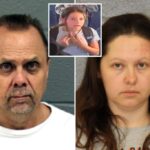 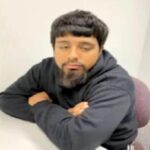