About 9,400 people died from the novel virus last week, a staggering drop from the approximately 75,000 weekly deaths seen each week in February, WHO Director-General Tedros Adhanom Ghebreyesus.

“We have come a long way,” Ghebreyesus said. “And this is definitely cause for optimism.”

COVID-19 cases across the planet have been decreasing over the last several weeks as well, the WHO said.

There were just over 2.1 million newly registered cases reported last week, a 15% drop from the previous week. Deaths for the same time period decreased by 10%, the WHO said.

WHO COVID technical lead Maria Van Kerkhove warned that there is a “substantial underestimate” on the true circulation of the virus because surveillance and testing have declined.

Though he celebrated the dramatic drop in death rates, Ghebreyesus urged both governments and individuals to remain vigilant against COVID because “almost 10,000 deaths a week is 10,000 too many.” 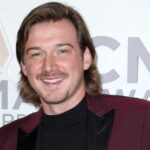 Morgan Wallen Returns to the CMA Awards After 2021 Ban 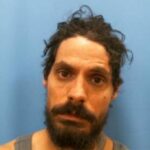