Virginia Thomas, a conservative activist, sent Meadows several frantic texts after the election in which she urged the White House official not to “cave to the elites” and appears to refer to the election results as an “obvious fraud.”

“I would take them all back if I could today,” Thomas told the committee investigating last year’s riot at the Capitol Building.

“You know, it was an emotional time,” Thomas explained. “I’m sorry these texts exist.”

“It was an emotional time, and people were scared that there had been enough fraud happening that they weren’t going to get to the bottom of it,” Thomas told the committee at one point.

Thomas denied ever talking to her husband about her texts with Meadows or her political activities after the election. Supreme Court justices at the time were reviewing Trump’s election challenges.

“My husband is not interested in politics. I generally do not discuss with him my day-to-day work in politics, the politics – the topics I’m working on, who I’m calling, who I’m emailing, texting, or meeting with,” Thomas said.

“Regarding the 2020 election, I didn’t speak with him at all about the details of my volunteer campaign activities,” she added.

Even if she did, Thomas claims it wouldn’t have affected her husband’s integrity.

“It’s laughable for anyone who knows my husband to think I could influence his jurisprudence,” she said. “The man is independent and stubborn.”

Thomas said that her husband only found out about her texts with Meadows from media reports as he lay in hospital bed recovering from an infection in March 2022.

The closest it appears that Thomas came to a discussion about the 2020 election with her husband was around Nov. 24, 2021, when Thomas texted Meadows that she was considering leaving politics before Meadows texted her back with a pep talk, telling her, “Do not grow weary in well doing. The fight continues. I stake my career on it or at least my time in D.C. on it.”

Thomas responds: “Thank you. Needed that, this plus a conversation with my best friend just now. I will try to keep holding on.”

Thomas told investigators the “best friend” was her husband, but she claimed she had “no memory of the specifics,” of what the Supreme Court justice told her.

“My husband often administers spousal support to the wife that’s upset. So I assume that that’s what it was,” Thomas said.

Investigators concluded that Thomas did not play a major role in efforts by Trump and his allies to overturn the results of the 2020 election, as evident by the fact her name did not appear once in the committee’s final report released last week.

Thomas’ attorney Mark Paoletta said in a statement Friday that her post-election activities were “minimal and mainstream.” 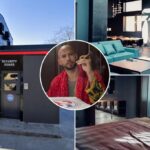 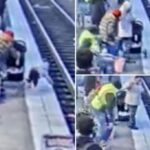