German soldiers have been ordered to rip the labels on their uniforms off after they were mistakenly issued ones marked with the unfortunate initials “SS.”

The ministry recently distributed about 313,000 uniforms, helmets, sleeping bags, trousers and jackets to the troops at a cost of $2.4 billion (2.3 billion euros), the Times of London reported.

Most of the uniforms were labeled as S, M, L or XL, as is the norm in English.

But the most diminutive soldiers received jackets bearing “SS,” apparently for “small, short” — though the initials are also associated with the notorious Nazi paramilitary organization Schutzstaffel from the days of the Third Reich.

In Germany, it is forbidden to display Nazi symbols and the “SS” combination is also not allowed on license plates.

“This is a production problem,” the ministry said, the news outlet reported.

“It’s a very small number of jackets and we are looking into it all. As soon as we were made aware of what had happened we issued an announcement that they should get rid of these labels in some way,” it said.

“Right now we are in contact with the manufacturer to investigate what happened. We know that it looks very strange to the public, so it became something we had to deal with immediately. We are investigating and as soon as we have clear results we will think about what to do then,” the ministry added. 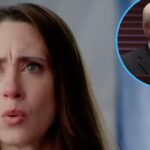 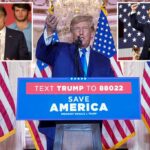