A former Atlanta sheriff was found guilty Wednesday of violating the rights of incarcerated people, in some instances causing physical pain and injuries, court documents state.

Victor Hill, who was suspended from his position as Clayton County Sheriff last year, was found guilty on six of the seven federal charges.

Hill’s indictment outlines four instances in 2020 in which he ordered his deputies to leave suspects in a restraint chair despite not showing signs of behavioral issues.

“It’s not (a democracy). Not in my county,” Hill told one of the victims.

He told another he would keep him in the chair for 16 hours. That victim was left restrained so long they urinated in the chair.

Hill, known for his tough-on-crime attitude, reportedly threatened three of the victims with violence, telling them to “stay out of my county” and calling them names such as “a–hole,” “jackass” and “dummy.”

One victim was ordered to be restrained simply because he was 17 years old, according to the document.

Another victim, a landscaper who did work for a Clayton County deputy and was refused payment, was restrained for hours on harassment charges despite cutting communication with Hill when the former sheriff asked.

“You can go f–k yourself,” Hill told the landscaper on the phone before sending a fugitive squad armed with handguns and AR-15 rifles to arrest him.

Hill testified that he restrained the detainees because they exhibited behaviors he believed were precursors to violent outbursts. Some of them were arrested for assault and eluding the police, he pointed out.

“If they suffered pain, that was not the intent,” Hill said.

The disgraced sheriff has a checkered career past. He fired 27 deputies on his first day as sheriff in 2005, though a judge later ordered them to be reinstated. Hill also used a tank owned by the office to use during drug raids.

Hill was indicted in 2012 for allegedly using his office for personal gain, but was later acquitted of the 27 charges.

In 2016, he pleaded no contest to a reckless conduct charge after he shot and injured a woman in a model home in Gwinnett County, north of Atlanta. Both he and the victim said the shooting was accidental. 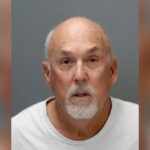 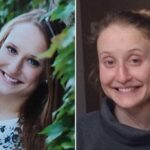