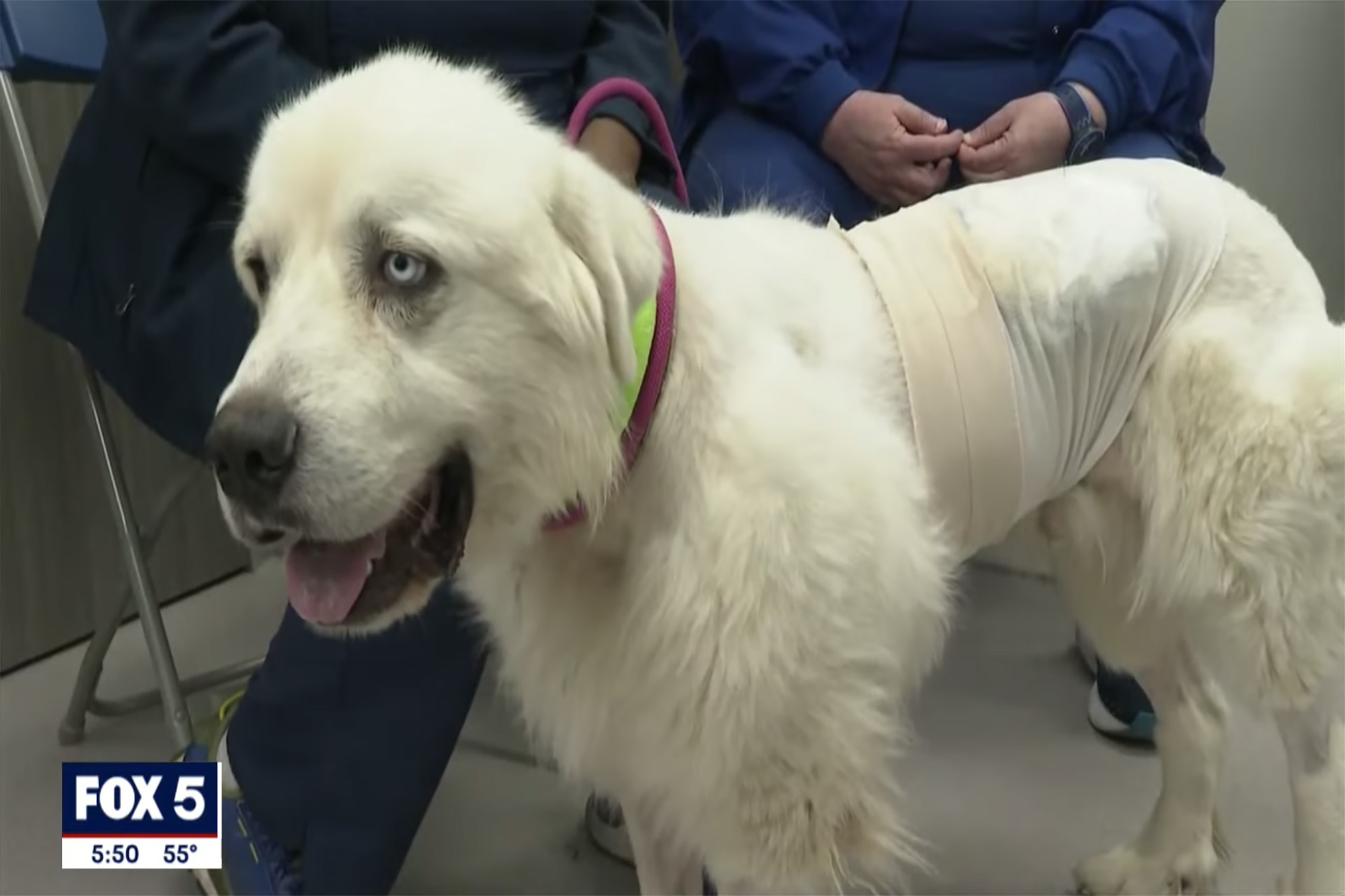 A Georgia sheepdog is recovering from injuries after squaring off against a pack of coyotes, killing eight of them, while protecting his herd.

Casper, a sheepdog who works on John Wierwiller’s Georgia farm, fought off more than half a dozen coyotes in a fight that lasted over half an hour, WAGA-TV reported.

Wierwiller says that Casper disappeared for two days after the brutal fight.

“We knew he was hurt because we found parts of his tail and blood and other things, so we were worried,” Wierwiller said.

Casper eventually returned to the farm with visible injuries.

“He was kinda looking at me like, ‘Boss, stop looking at how bad I look, just take care of me,’” Wierwiller said.

Wierwiller said it “looked like a coyote grabbed his skin and peeled it right off.”

The LifeLine Animal Project, an organization with a mission to end euthanasia of healthy animals, has stepped in to help raise money for Casper’s hospital bills.

The group launched a GoFundMe to cover the $15,000 hospital bill and has already exceeded its goal and will use remaining funds to help save future animal lives.

University of Idaho students had locks fixed weekend before murders