“The president … called it ‘Jim Crow in the 21st century‘ and a blatant attack on the Constitution. So does he still see it that way?” Fox News correspondent Jacqui Heinrich asked Jean-Pierre at her regular briefing.

“There was suppression,” Jean Pierre replied. “We saw that throughout the Georgia election. So that is something that was reported on. So I leave it to those reports. But even with that, the American people came out.”

The Senate contest was a rare instance of both major-party candidates being African-American in the former heartland of the Confederacy. Walker underperformed other Republicans — including Gov. Brian Kemp, who easily won re-election — after reports that he pushed two women to get abortions despite professing a public pro-life stance.

A White House spokesman defended Jean-Pierre’s briefing remark, pointing to Warnock’s Tuesday night victory speech, which described long lines and a legal struggle that ensured early voting was allowed on the Saturday after Thanksgiving — after state officials claimed the election law barred Saturday voting following a state-recognized holiday on the prior Thursday or Friday.

The spokesman also cited a pre-general election article in Time magazine that said voting “hasn’t been easy for everyone” and a Dec. 4 NBC report that said students at historically black colleges “face an extra obstacle in voting” because their private-school IDs don’t count as state-issued documents, unlike their public-school peers.

NBC also reported that early-voting turnout was lower than in the 2021 runoffs that, unlike Tuesday’s contest, decided control of the Senate.

The Georgia state election overhaul adopted last year was drafted by Republicans after former President Donald Trump claimed that widespread election fraud robbed him of a second term. But state Republicans who rejected Trump’s fraud claims, including Kemp, said the reforms were reasonable modifications and not intended to discourage voting.

Democrats opposed provisions that required a photo ID to get an absentee ballot, shortened the window of time to vote absentee and allowed state officials to take over local election offices in response to alleged misconduct. 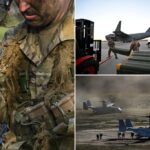 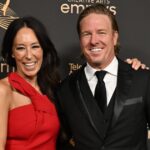