Clayton County, Georgia police arrested a man who evaded police on a motorcycle that detectives were able to identify using TikTok, according to police.

Georgia State Police pursued the motorcycle through both Henry and Clayton counties, a Facebook post from the Clayton County Police Department read, and ultimately lost contact with it.

Lt. Thomas Reimers of the department heard about the chase and searched social media until he was able to locate a video on TikTok and YouTube, appearing to be recorded by the suspect during the pursuit.

Police said the 2022 Triumph Street Triple RS in the video was relatively rare and had been modified from its factory specifications.

Using that information, Lt. Reimers searched through software and found only one 2022 Triumph Street Triple RS registered in the area, to a person in Riverdale.

A further investigation conducted by Lt. Reimers uncovered more photos of the motorcycle at the suspect’s residence and on the suspect’s social media channels.

He then reached out to State Police to let them know what he uncovered.

On Dec. 14, Lt. Reimers and a State Trooper went to the suspect’s residence to talk and view the motorcycle.

During the visit, police said, the suspect confessed that he was the driver of the motorcycle who fled police.

“Without the diligent efforts of Lieutenant Reimers to go above and beyond the call of duty, it is highly unlikely that the offender would not have been identified and he could have continued to endanger the citizens of Clayton County,” police said in the Facebook post.

Clayton County Police did not identify the suspect in the post and referred all questions to state police.

Georgia State Police did not immediately respond to requests seeking the suspect’s identity. 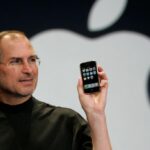 On this day in history, Jan. 9, 2007, Steve Jobs introduces Apple iPhone at Macworld in San Francisco 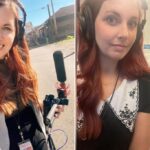