A U.S. mail truck possibly carrying absentee ballots in Georgia was completely destroyed after it caught fire on Monday.

The Baker County Sheriff’s Office shared pictures on Facebook of the Jeep engulfed in flames in a rural area near Pretoria/Tarva Road, approximately ten miles southwest of Albany.

The sheriff’s office said the delivery driver was not injured, but the car is a total loss along with all the mail inside of it.

During a press conference on Tuesday, the Secretary of State’s Office addressed the fire and said election officials have already spoken with the election’s director in that area, according to Fox 5 Atlanta.

Sterling added that this is one example of many things state election officials might deal with during an election cycle.

According to Georgia Secretary of State Brad Raffensperger’s Twitter account, more than a million votes had been cast in the state’s midterm election as of Tuesday evening.

Fox 5 also reported 100,000 absentee ballots were received on Tuesday alone and another 124,000 Georgia residents voted in person during the early voting period.

Baker County is located in southwest Georgia and is about 150 miles south of Atlanta. 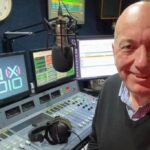 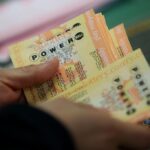