A Georgia grand jury investigating possible illegal interference by former President Donald Trump and his allies in the 2020 election has wrapped up its probe and has submitted its final report.

Fulton County District Attorney Fani Willis, who led the investigation into the 76-year-old former president and others alleged to have worked to overturn the 2020 election results, will next decide whether to seek indictments related to the investigation from a regular grand jury.

In McBurney’s two-page order, he writes that the special grand jury recommended that its report be made public. McBurney has set a hearing for Jan. 24 to determine whether to release the special panel’s findings.

Willis opened the probe after audio of Trump’s call with Raffensperger on Jan. 2, 2021 revealed that the then-president pressed the state’s top election official to illegally count votes that would allow him to defeat former Vice President Joe Biden in Georgia.

Last month, the House select committee investigating the Jan. 6, 2021 Capitol riot released its own long-anticipated final report, accusing Trump of engaging in a criminal “multi-part conspiracy” to overturn the results of the 2020 election and referring four criminal charges to the Department of Justice, accusing the former commander-in-chief of insurrection, conspiracy to defraud the US, and obstruction of an act of Congress. 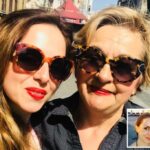 Ana Walshe begged mother to visit her one week before disappearance 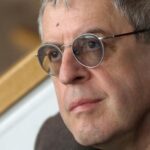