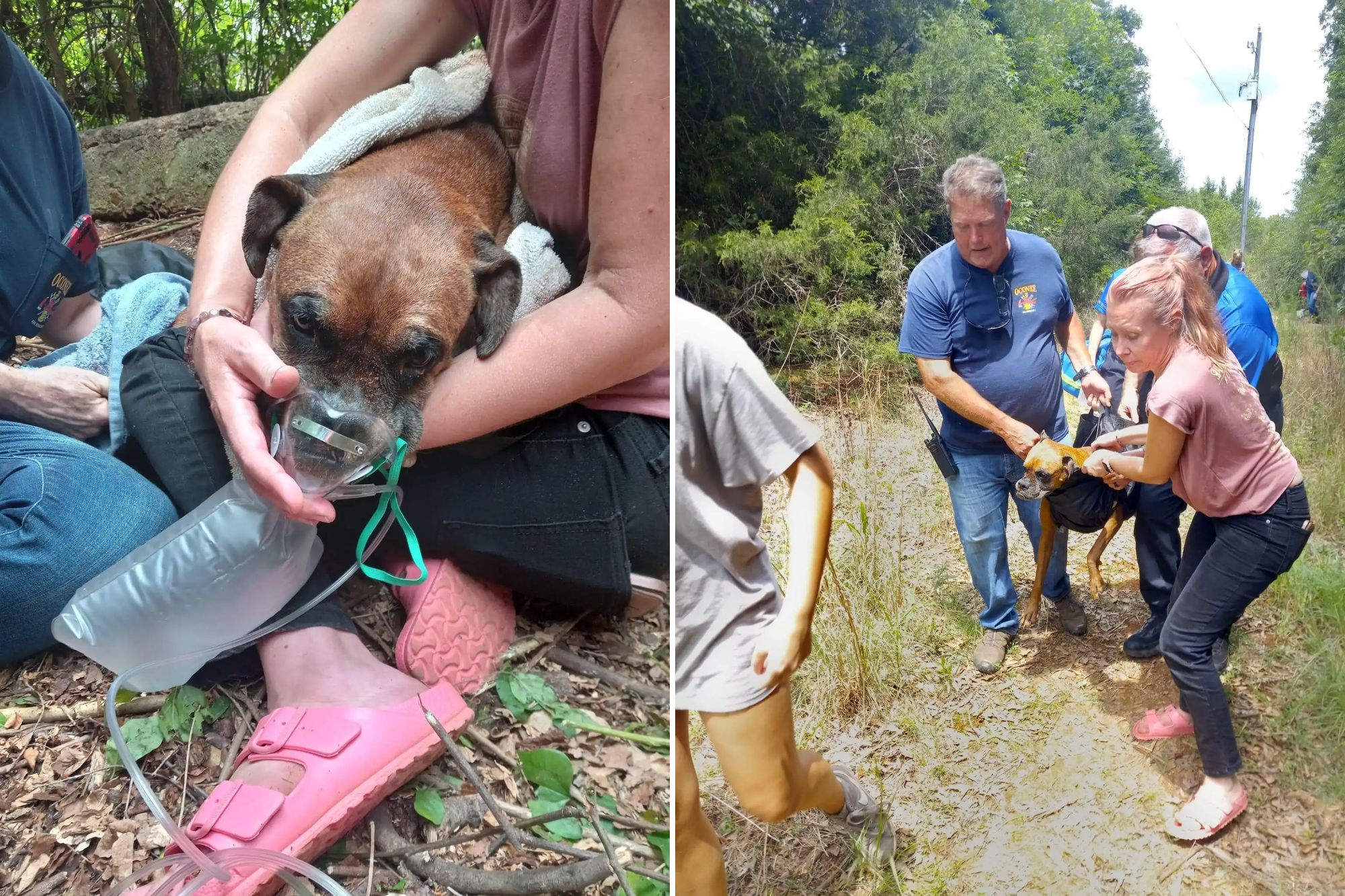 A dog in Georgia fell 35 feet into an abandoned well on Saturday night and tread water for hours until she was rescued the next day, officials said.

Rescue crews in Oconee County were called out Saturday morning after the owners of the 50-pound Boxer found their four-legged friend at the bottom of an abandoned well, Oconee County Fire Rescue said.

The Boxer, named YoYo, had been let out of the house the previous night but never returned, owner Sarah Dean told the Athens Banner-Herald. Dean said it wasn’t unusual for Yoyo to stay out late, but she grew worried the next morning when the pup still hadn’t returned.

Dean’s husband located Yoyo in the well after their daughter heard her cries. Dean said the cover to well had been damaged by an oak tree that fell.

The abandoned well was around 35 feet in depth, 2 feet in diameter with about 8 feet of water inside, officials said.

“I don’t know how she did it,” Dean told the paper of Yoyo. “She had to swim in the dark.”

Crews sent a lone rescuer down the well to grab hold of the 50-pound dog and hoist her to safety just before 1 p.m., according to the rescue service.

Dean said Yoyo was brought to the University of Georgia Veterinary Teaching Hospital and is expected to make a full recovery.

Officials said they advised the owners to seal the well.