Prosecutors in Georgia urged the Supreme Court on Thursday to compel Sen. Lindsey Graham (R-SC) to testify before a grand jury investigating former President Donald Trump’s attempts to overturn the result of the 2020 presidential election in the state.

Fulton County District Attorney Fani Willis asked the high court to reject Graham’s request to block a subpoena for his testimony, arguing that without the senator’s interview, her team’s findings could be “delayed indefinitely.”

“Should the Senator’s application be granted … information which could either clear the innocent of suspicion or increase scrutiny on the guilty will continue to lie beyond the Grand Jury’s grasp,” Willis writes in the 27-page filing.

The grand jury’s term is due to expire in April 2023. Willis said in the filing that the term may need to be extended if Graham is allowed to avoid giving testimony.

“A stay would create the possibility, or perhaps the certainty, that the Grand Jury would either have to pursue an extension of its term indefinitely to await the testimony of a single witness or issue a report without receiving any testimony or information from the Senator at all,” the filing states.

Last week, Graham filed an emergency request with Justice Clarence Thomas petitioning the Supreme Court to block the subpoena after a three-judge panel on the 11th Circuit Court of Appeals unanimously rejected his motion to toss the summons out.

On Monday, Thomas issued an administrative stay preventing Willis from forcing Graham to face questioning. Willis had until today to file a brief justifying her subpoena.

Willis is seeking Graham’s testimony related to phone calls he had with Georgia Secretary of State Brad Raffensperger in the weeks after Trump’s defeat by Joe Biden in the Peach State.

The senator maintains that the calls with Raffensperger were part of a “legislative fact-finding” mission.

Graham is being represented by former Trump White House counsel Don McGahn in the case. 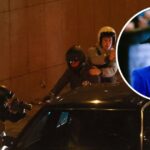 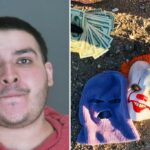