Embattled GOP Rep. George Santos wore stolen clothing to an election rally which accused President Biden of stealing the 2020 presidential election, according to a former roommate.

Gregory Morey-Parker, who once lived with Santos in a Queens apartment, told Patch he was “100 percent” sure Santos was wearing his own Burberry scarf when the future Congressman attended a “Stop the Steal” rally at the Capitol on Jan. 5, 2021.

“They did to me what they did to Donald J. Trump, they stole my election,” Santos told the assembled crowd — referring to his 2020 loss to Rep. Tom Suozzi.

The scarf had been a gift to Morey-Parker by a friend and, like the one Santos donned, was “lighter than regular camel check.” Patch also published screenshots of a 2020 text between Morey-Parker and Yasser Rabello, another one-time roommate, discussing the stolen scarf and other clothes they say Santos swiped.

Both men had previously come forward to the local news website to allege Santos had pilfered phones, dress shirts, and checks from a checkbook.

Santos has faced widespread calls to resign from Democrats and Republicans across New York after he confessed to fabricating most of his personal and professional resume. He is currently the subject of multiple state and federal investigations and is wanted for fraud in Brazil.

A survey this week from Public Policy Polling found that 60% of Santos’ constituents also wanted their new Congressman out. Among those who want Santos to call it quits are 34% of his voters and 38% of district Republicans, the poll found.

“George Santos duped his constituents and was elected under false pretenses, fabricating his resume and blatantly lying about his background and credentials,” Shari Markovich, 59, of Little Neck, part of NY-03 told the Long Island Press. “This is criminal and we cannot allow this person to represent our district. There needs to be a new election.”

The congressman has vowed not to resign and, with a paper-thin majority, top House Republican leadership has mostly stood by him. 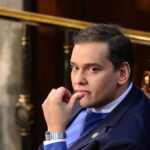 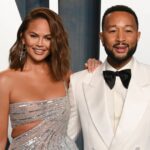