A staffer working for sketchy George Santos’s House campaigns called up wealthy donors and pretended to be now-House Speaker Kevin McCarthy’s chief of staff in order to raise money, The Post has learned.

Sam Miele, who worked as a fundraiser for the disgraced Santos, called and emailed donors during the 2020 and 2022 election cycles in the guise of top McCarthy aide Dan Meyer, CNBC reported Monday.

When contacted by The Post, Elliot Berke, counsel to Kevin McCarthy for Congress, said: “When this issue came to our attention last year, I raised it with the Santos campaign and felt it was resolved to our satisfaction.”

Apart from using imposters to fundraise, the lying congressman also successfully leveraged his false claims of Jewish heritage and past Wall Street employment for campaign donations.

“We were duped,” a Republican political strategist connected to the Republican Jewish Coalition told CNBC.

RJC board member Eric Levine told the outlet that Santos’ claims of being Jewish appealed to him and that he donated money to him partly because of it.

“He deserves to be humiliated and held in contempt,” Levine wrote in a letter to his RJC colleagues, according to CNBC. The organization announced last month that Santos would be barred from future events after the 34-year-old admitted to The Post that he was not Jewish, but merely “Jew-ish.”

One New York businessman also told the outlet that Santos would tout his fake Wall Street bona fides at fundraisers, and was so convincing that he not only donated money — but rented out office space to the candidate.

“I met George at a Republican fundraiser and now looking back with what we know today, [I] unfortunately believed in him and was duped like all others who supported him and believed in his representations,” said Charles Vallone, founding partner at a New York tax and accounting firm.

Vallone added that Santos would wax poetic “about his financial background and experience on Wall Street. That he was a true immigrant story, coming from nothing and working his way up. … Now we know that is not the case.”

Santos admitted to The Post last month that he lied about his work experience and was never employed at Citigroup or Goldman Sachs, which he talked up on the campaign trail.

The new representative from New York’s 3rd Congressional District was sworn into Congress last week. He is facing at least three criminal investigations at the federal, state, and county level. The probes are reportedly focusing on a $700,000 loan Santos gave his campaign.

With Santos officially seated, a two-thirds majority vote by the House is necessary to expel him from office. 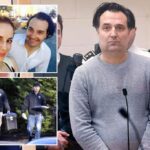 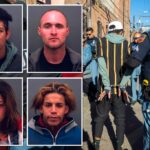 Migrants linked to crimes in El Paso including drugs, theft and gun threats