Rep. Kevin Brady on Sunday said embattled Rep.-elect George Santos must take “huge steps” to regain trust — but he stopped short of saying whether the Long Island Republican should resign.

“Frankly, he’s got to take some huge steps if he wants to regain trust and respect in his district,” Brady (R-Texas) said on “Fox News Sunday.”

Host Gillian Turner noted the silence so far from top House Republicans on the allegations against Santos, who was elected Nov. 8, and asked whether Minority Leader Kevin McCarthy should condemn him.

“This is troubling in so many ways. Certainly, he has lied repeatedly​. At the end of the day, through, this is a decision whether he resigns or stays​ that needs to be made between he and the voters who elected him​,” Brady responded, adding that Santos will have to consider quitting.​​

Brady, who is​ retiring after serving 26 years in Congress, said Santos has two options.

He can try to “politically ride it out” or he can “own every lie” and apologize to “everyone and everyone.”

But he urged Santos to “change your life here.”

“There’s a real problem here. We’re a country of second chances. And when people are willing to turn their life around and own up to this and do what it takes to earn respect and trust again, we’re willing to do that. I’m hopeful he chooses the right path here,” Brady said.

Santos, elected to represent the Long Island- and Queens-based 3rd District​,​ was hit with allegations last month in the New York Times that he lied during the campaign about his career, education, family history, sexual orientation and religious affiliation.

Then, on Dec. 26, Santos stunningly came clean to The Post, admitting fabricating whole parts of his resume, but also insisting the tall tales shouldn’t keep him from serving out his two-year term in Congress.

“I am not a criminal,” Santos told The Post in the exclusive interview. “This [controversy] will not deter me from having good legislative success. I will be effective. I will be good.”

Santos, ​34, is slated to be sworn-in on Tuesday to the House, which will have a Republican majority.

Since Santos admitted to The Post to falsifying details of his background, new allegations have arisen, including about whether his mother died on 9/11 as he has claimed and about how his congressional campaign spent donors’ money. 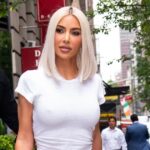 Kim Kardashian Reveals Lifestyle Changes She’s Made in Her 40s 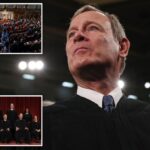 Chief Justice Roberts thanks Congress for protecting judges in 2022