The embattled Republican scored the cash haul in 2020 while working as a regional director with Harbor City Capital, a Florida-based investment firm that was later sued by the Securities and Exchange Commission, the Wall Street Journal reported Saturday.

When Santos’s promises of up to 20 percent returns on the so-called “secured bonds” failed to materialize, he tried to calm the unnamed investor by claiming that he’d sunk his family’s savings into the fund — and that he had collected nearly $100 million on Harbor City’s behalf, sources told the outlet.

Santos, 34, did not disclose his income from Harbor City on official filings during his run for Congress — just one of the string of lies and distortions that has Democrats and some GOP colleagues demanding the freshman congressman’s resignation.

He has said that he was not named as a defendant in the SEC’s civil lawsuit against Harbor City — but the agency has not commented on Santos’s role in the company. 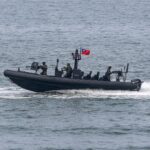 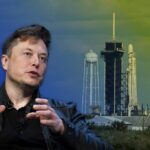