Disgraced Rep. George Santos (R-N.Y.) dismissed calls from his campaign staff to drop out of the race for New York’s 3rd Congressional District after a routine background check uncovered some of his many lies, according to a report.

In late 2021, an opposition research firm hired by Santos’ team to conduct a “vulnerability study” on the candidate found no evidence of Santos’ purported degrees from Baruch College and New York University, the New York Times reported on Friday.

The company did find records of evictions, a suspended Florida driver’s license, his involvement with a company accused of a Ponzi scheme, and that the openly gay candidate had been married to a woman, the news outlet reported.

The research firm’s findings startled some members of Santos’ team so much so that they urged him to drop out of the race, according to the report.

Santos dismissed the results of the background check and ignored advice to drop out or face being humiliated, reportedly prompting most of his campaign team to quit.

Santos would go on to hire new vendors for his campaign by spring 2022, according to the report.

The Democratic Congressional Campaign Committee, a group that works to elect Democrats to the House, compiled 87 pages worth of opposition research against Santos before his race against Robert Zimmerman that uncovered some of, but not all of, the findings from the research firm hired by Santos’ team, the New York Times found.

The DCCC uncovered evidence of evictions, a pet charity associated with him that wasn’t registered with the IRS, his ties to Harbor City Capital (the alleged Ponzi scheme), and discrepancies in his financial disclosure forms.

Zimmerman’s campaign had access to the DCCC dossier on Santos but opted not to spend precious campaign cash on more rigorous research into Santos’ past and instead focused on his views on abortion and the Jan. 6 Capitol riot, according to the report.

The Long Island Republican then admitted to The Post in December of last year that he fabricated his work and education history, lied about owning 13 properties, and was indeed married to a woman before launching his first congressional campaign in 2020.

Several of Santos’ Republican and Democratic colleagues in Congress have called for him to resign. He is likely to face an investigation by the House Ethics Committee and is currently being probed at the local, state and federal level in connection to the funding of his House campaign.

Brazilian authorities also reopened an investigation into Santos over allegations of check fraud stemming from a 2008 incident tied to a stolen checkbook.

The freshman congressman says he will only step down if the 142,000 people who voted for him asked him to resign. 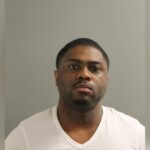 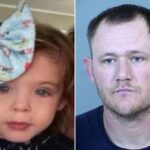