WASHINGTON – Sketchy Long Island Rep. George Santos was assigned Tuesday to two House committees – despite being the subject of several investigations into his questionable financial practices after he made up nearly his entire biography.

The House GOP Steering Committee, led by Speaker Kevin McCarthy (R-Calif.) assigned the disgraced freshman to the chamber’s Science, Space and Technology Committee and Small Business Committee — despite Santos previously admitting to The Post that he lied about graduating college and working for top investment firms Goldman Sachs and Citigroup.

A resume Santos submitted when he first ran for Congress in 2020 included the falsehoods that he obtained an MBA in international business from New York University along with a degree in “Economics/finance” from Baruch College.

It’s unclear whether Santos has any experience relevant to the Science, Space and Technology Committee. The small business panel more closely fits what truth remains on the 34-year-old’s mostly disproven resume, having served as vice president for a small investment company called Link Bridge.

Keeping track of all of NY Rep.-elect George Santos’ lies, from his education to charity falsehoods

The assignments were granted despite a growing number of Santos’ constituents – including the Nassau County Republican Committee – calling for his resignation over his falsehoods.

While both panels are considered lesser assignments, the Small Business Committee oversees the Paycheck Protection Program, which works to root out fraud in the massive government program that provides small businesses with funds to pay up to eight weeks of payroll costs if operations are affected by the COVID-19 pandemic.

Santos is under investigation by federal, state and local prosecutors for a $700,000 loan he gave his 2022 campaign — despite reporting an annual salary of $55,000 as recently as 2020. He is also reportedly being pursued by Brazilian authorities over accusations of passing stolen checks more than a decade ago.

McCarthy last week said he didn’t “see any way” the lying Long Islander could be given access to America’s most sensitive information and told reporters the New Yorker has “got a long way to go to earn trust.”

That same day, the speaker also said Santos would go before the Congressional Ethics Committee “if there are concerns” and would be held accountable “if anything is found to have been wrong.”

The committee selections are not official until approved by the full House GOP conference, which typically acts as a rubber stamp for the steering panel.

Santos did not immediately respond to the Post’s requests for comment. 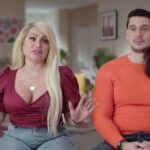 Are Darcey Silva and Georgi Rusev Still Together? 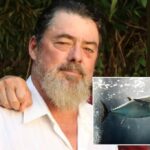