You better believe it — “gaslighting” is the word of the year.

The newly common term for lying to someone in order to mentally manipulate them topped Merriam-Webster’s list of 2022’s hottest words and phrases, which also included terms such as “cancel culture,” “oligarch,” and “Queen Consort.”

While “gaslighting’s” first place spot wasn’t due to a single event that drove searches for the term, which saw a 1740% increase in 2022, officials with Merriam-Webster said its rise makes sense given the social climate.

“In this age of misinformation — of ‘fake news,’ conspiracy theories, Twitter trolls, and deepfakes— gaslighting has emerged as a word for our time,” Merriam-Webster said in announcing the word of the year Monday.

Peter Sokolowski, the dictionary’s editor at large, said the word was looked up every day in 2022.

Other words that made the dictionary’s top 10 for 2022 included “oligarch,” stemming from Russia’s invasion of Ukraine in February.

“Omicron” was also a popular search word this year driven by the most-recent and highly contagious variant of the coronavirus.

Another popular term this year was “cancel culture,” which was looked up most frequently in January when Pope Francis used the term in his yearly address to diplomats from around the world, according to Sokolowski.

Online dictionary users also turned to Merriam-Webster to look up the word “codify” when Roe v. Wade was struck down and many were interested in learning how abortion rights could be codified into federal law.

And when Google fired an engineer who claimed an unrelease AI system had become “sentient” that word also became a popular search.

“Queen consort,” referring to King Charles’ wife, Camilla, was also a commonly searched-for term this past year. “LGBTQIA” was also a popular search this past year, peaking during June’s Pride Month.

The last word to make the top 10 was “loamy,” a word that tricked many Wordle players in August, though the correct word that day had been “clown.”

Merriam-Webster tracks 100 million pageviews a month on its website, and then chooses its word of the year based on data. After removing evergreen words that are commonly looked up, officials find which words received a significant bump from the previous year.

Gaslighting spent all of 2022 in the top 50 words looked up on the dictionary’s website, earning it the title of word of the year. Last year’s pick was “vaccine.”

The dictionary site gaslighting’s full definition as the “psychological manipulation of a person usually over an extended period of time that causes the victim to question the validity of their own thoughts, perception of reality, or memories and typically leads to confusion, loss of confidence and self-esteem, uncertainty of one’s emotional or mental stability, and a dependency on the perpetrator.” 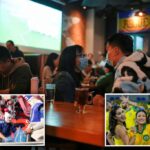 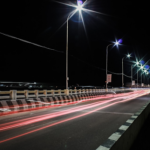