Rapper Coolio has died at the age of 59, his longtime manager, Jarez Posey, has confirmed to multiple outlets.

Jarez told TMZ that the artist was visiting a friend’s home in Los Angeles and went to use the bathroom but failed to emerge. The worried pal called out for him then later found the hip hop star lying on the floor. EMTs were called to the scene, but Coolio was pronounced dead, the site reported. An official cause of death has not yet been determined.

The hip-hop star was born Artis Leon Ivey Jr., in Monessen, Pennsylvania, but moved to Compton, California, where he was raised. After working odd jobs, he began his music career in the late 1980s and achieved massive success with the 1995 smash “Gangsta’s Paradise,” which was featured in the Michelle Pfeiffer film Dangerous Minds. The song reached No. 1 on the Billboard Hot 100 chart where it remained for three weeks and would be the biggest hit of Coolio’s career.

Coolio’s rep did not immediately respond to In Touch‘s request for comment. 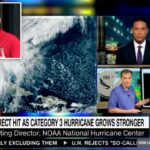 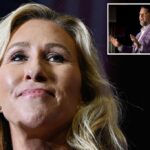