The leader of a Mexican street gang linked to El Chapo’s Sinaloa drug cartel was among the flood of inmates who escaped during a violent jailbreak this week.

Gunmen in armored vehicles opened fire on prison guards, slaughtering 10 of them and seven inmates — before they stormed into the prison, releasing the 25 inmates from their cells, according to Mexico’s Security Secretary Rosa Icela Rodríguez.

The Mexican government also revealed it discovered 10 “VIP cells” in Sunday’s prison break, as well as cell phones, cash and drugs inside the rooms of prominent inmates.

Los Mexicles is a prominent enterprise in Juarez that works as the armed wing of the Sinaloa Cartel, formerly headed by murderous drug lord El Chapo.

The Sinaloa Cartel splintered after El Chapo’s 2019 conviction in the US. Currently, the Mexicles work with the Caborca cartel, led by El Chapo’s former associate.

Piñón, shown wearing an eye patch in a photo released by the Mexican government, is considered a highly valuable partner to the Caborca cartel, which tried to break him out of prison in an August 11 raid, according to the Herald of Juarez.

In 2010, one year after he was initially jailed, Piñón was shot in the head in a different escape attempt while he was being transferred from one prison to another.

Piñón, who is serving a 224-year sentence for his role in multiple kidnappings, has been ordering abductions and other crimes from behind bars, the Juarez newspaper reported.

Some 200 other members of the Mexicles gang have since been transferred to federal prisons as the government continues to hunt for fugitives. 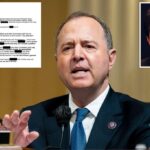 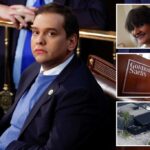 Keeping track of all of NY Rep.-elect George Santos’ lies