The attorney for Gabby Petito’s parents is alleging that the mother of Petito’s suspected killer Brian Laundrie offered to lend him a shovel after the slaying in Wyoming — while her legal team says it was written before the young couple left on an ill-fated cross-country road trip.

Pat Reilly, the Petito family attorney, wrote to Laundrie’s lawyer Matt Luka in a Dec. 5 letter regarding the scope of the documents that Laundrie’s parents should hand over in a civil lawsuit.

The correspondence between Reilly and Luka became public record after the former attached it as an exhibit in a Dec. 20 court filing, and appears to reference a letter that Reilly had previously sought to obtain over the summer.

“This request certainly would also include the note that Roberta Laundrie wrote to Brian Laundrie, [in] which she offered to bring a shovel to help bury the body,” Reilly wrote. “The note was released to the custody of Mr. Bertolino on Friday, June 24, 2022 by the FBI.”

That is the day when Steve Bertolino, the Laundries’ longtime attorney, and Reilly met with the FBI in Tampa.

Investigators released several items to Bertolino at the time, including Brian Laundrie’s handwritten confession, found near his remains at the Myakkahatchee Creek Environmental Park 10 minutes from his parents’ North Port home on Oct. 20, 2021.

Both lawyers at the time told Fox News Digital that there were other documents handed over.

Those included what Reilly described as a letter titled “burn after reading.”

“I don’t feel comfortable summarizing the letter,” he told Fox News Digital at the time. “The content is very specific and best read when available. If my belief as to the time it was written is accurate, it shows that at least Roberta Laundrie knew of Gabby’s murder before Gabby’s body was located. The rest of the notebook contained letters to his family.”

Roberta Laundrie’s letter was undated, he added, but “the content of the letter seems to indicate that it was written after Gabby’s death.”

Bertolino has maintained that the letter was written long before the murder. He was named in the Petito family’s amended lawsuit earlier this month.

“Attorney Reilly and his clients are entitled to allege what they want in court filings, but their allegations are not based on fact but on conjecture only,” he told Fox News Digital Friday. “The letter in question was written prior to Brian and Gabby leaving Florida and has nothing to do with this case.”

He said Reilly was attempting to “further sensationalize” the case and “taking unrelated comments out of context.”

Reilly did not immediately respond to Fox News Digital’s requests for comment. Neither did Luka, another Laundrie attorney based in Florida.

Chris and Roberta Laundrie have not been charged with a crime in connection with Petito’s death. 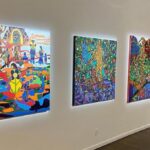 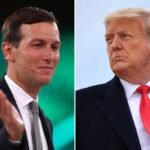